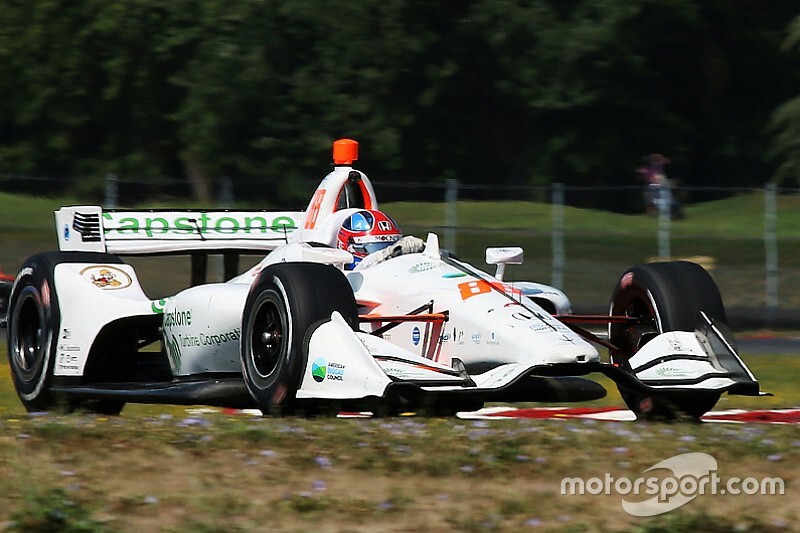 On his final run on fresh tires, Power was on a theoretically better lap than his previous best when he encountered a slower car at the uphill left Turn 6 and his subsequent off brought out the red flag, earning him a five-minute penalty. The #12 team elected to sit out the remaining seven minutes of the session.

Felix Rosenqvist was another driver who had to serve five minutes in the sin-bin for causing a red flag, but he finished the session third and still turned more laps than anyone – 72 – in the #10 Chip Ganassi Racing-Honda.

Late improvements by the other two Penskes of title contenders Josef Newgarden and Simon Pagenaud saw them improve to fourth and eighth respectively, separated by Graham Rahal, this morning’s pacesetter Scott Dixon, and the fastest Andretti Autosport-Honda, that of Ryan Hunter-Reay.