BorgWarner has revealed that 2019 Indy 500 winner Simon Pagenaud stands to earn an extra $360,000 bonus from the company if he ends up in Indianapolis Motor Speedway’s Victory Lane again in 10 days’ time.

BorgWarner is already one of the companies synonymous with ‘The Greatest Spectacle in Racing’, due to the large and iconic Borg-Warner Trophy that bears the likenesses of every Indy 500 winner since the race was established in 1911.

However, in 1995, the company also established a rolling jackpot to be awarded to back-to-back winners, adding $20k each year, and it has now reached $360,000. Only once since then has there been a back-to-back winner, with Team Penske’s Helio Castroneves grabbing the bounty after winning in 2001 and ’02.

Frédéric Lissalde, president and CEO of BorgWarner Inc. stated: “BorgWarner has a long history with this prestigious motorsport event. From awarding the Borg-Warner Trophy to being the official turbocharger supplier of the race, the Indianapolis 500 is deep-seated within our company. The rolling jackpot that BorgWarner increases each year adds even more excitement to this legendary race.” 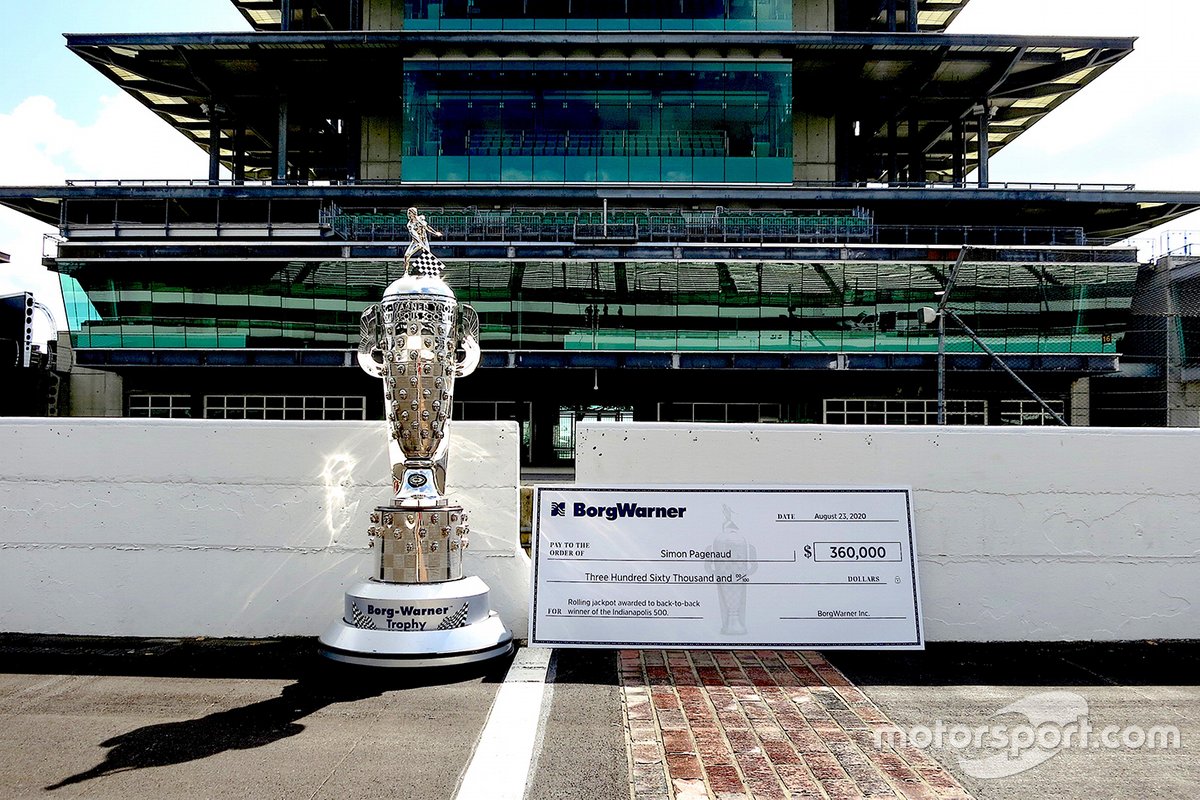 McLaughlin says he can win Indy from 26th, Newgarden agrees