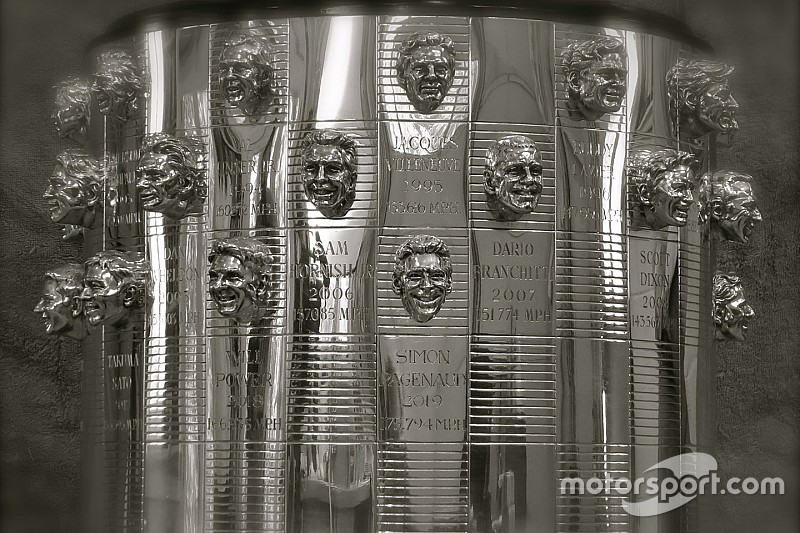 Team Penske-Chevrolet’s Simon Pagenaud has become the first Indianapolis 500 winner to first reveal his likeness on the iconic Borg-Warner Trophy outside of the United States.

Pagenaud, who triumphed over 2016 Indy winner, Andretti Autosport’s Alexander Rossi, after a thrilling battle in the closing laps of the 103rd running of the Memorial Day Weekend classic, was the fourth French winner (the fifth French-born) at Indy but the first since Gaston Chevrolet triumphed in 1920.

Fred Lissalde, president and CEO of BorgWarner Inc., said: “The Borg-Warner Trophy is one of the greatest traditions in all of motorsports and represents the pinnacle of performance for open-wheel racing. It is our honor to unveil Simon’s image today.

“Simon has earned his right amongst an elite group of motorsports athletes. On behalf of BorgWarner and our 30,000 employees, congratulations to Simon for this outstanding achievement of dedication and perseverance.”

2016 IndyCar champion Pagenaud, who has clocked 14 wins in his career and lies third in the 2019 points table, stated: “For a racecar driver, having your likeness live on forever is like a writer when they publish a book. It’s your book. It’s going to stay.

“That is why this race is so important. Your image, the way you looked when you won, is going to stay forever on that legendary trophy. It’s very special.”

William Behrends, who has carved the Borg-Warner Trophy likenesses every year since 1990, starts the process of creating the bas-relief sculpture the day after the race, where a series of headshots are taken of the winner. Next, the winner attends Behrends’ studio for a session to produce a full-scale clay model.

The life-size clay model is then used as a three-dimensional reference for the creation of the smaller clay image, which is perfected in polysulfide rubber and plaster, among a series of other processes, to refine the face. Then the image is cast in wax, cleaned up and sent to a jeweler to transform the image from wax to sterling silver, after which Behrends fixes it to the Borg-Warner Trophy.

Pagenaud’s visage is the 106th face to be featured on the on the 110-pound sterling silver trophy. BorgWarner commissioned the creation of the iconic racing award in 1935 to honor winners of the Indianapolis 500. The first driver to be awarded the trophy was Louis Meyer, who in 1936 was presented with the trophy featuring the previous 24 winners’ faces. The trophy is an integral part of the annual Indianapolis 500 tradition.

The permanent home of the 5' 4.75"-tall trophy is the Indianapolis Motor Speedway Museum, but Pagenaud and team owner Roger Penske will receive their ‘Baby Borgs’ at a date and venue as yet undecided.

Pagenaud visited the Hungarian Formula 1 Grand Prix at the weekend and waved the checkered flag to end the race.

Pagenaud: Winning the Indy 500 means “I can fly free now”