MotoGP Technical Director Danny Aldridge has defended his decision to give his blessing to the Ducati winglet that was protested by four rival manufacturers. 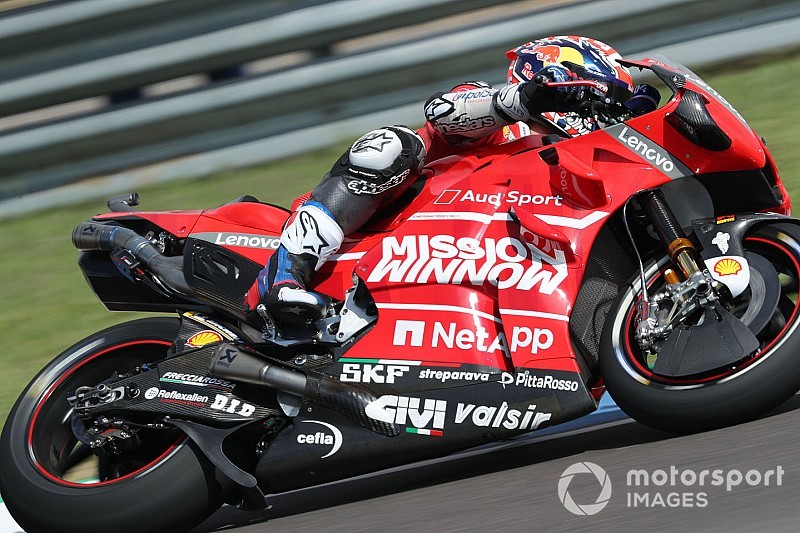 Ducati chose to run the controversial appendage on the GP19 bikes of Andrea Dovizioso, Danilo Petrucci and Jack Miller in the Qatar curtain-raiser after Aldridge had indicated that such a device would be permitted in order to cool the rear tyre.

Honda, Suzuki, Aprilia and KTM all protested Ducati after the race, but this was rejected by stewards, while a subsequent FIM Court of Appeal hearing upheld Aldridge’s initial judgement, confirming the device’s legality.

Aldridge is understood to have rejected a similar winglet submitted for approval by Honda on the grounds that its stated main purpose was to produce an aerodynamic benefit.

Speaking about his decision to grant approval to the Ducati winglet, Aldridge said he had been convinced by Ducati’s explanation that the main purpose of the device was cooling.

He told MotoGP.com at Termas de Rio Hondo: “We have a set of guidelines that the manufacturers have to follow. It’s sort of an appendix of the rule book and this is updated as and when we feel necessary to clarify certain situations, such as the aero-body [fairing].

“At the beginning of March [on the 2nd] we updated these guidelines to control what was allowed on the swingarm, as an attachment. These guidelines define what can be used there and what can’t.

“One of the items that it’s allowed to be used for is cooling the rear tyre and also water dispersion, which Yamaha have used as well.

“Ducati came to me in Qatar, they said, ‘we have this device, the primary purpose of this device was to aid the cooling of the rear tyre’, because they thought they had a problem with this.

“Following the demonstration to me, I examined [it] and, in my opinion, it did what they said; the primary purpose was for cooling.”

Ducati revealed on Thursday that its simulations showed its winglet cooled the rear tyre by seven degrees Celsius on average, while also admitting it has a secondary effect of producing a small amount of downforce.

Aldridge said the disagreement with the four manufacturers that lodged the protest in Qatar stemmed from their view that Ducati had essentially concealed the device’s true purpose.

He added: “From this point onwards the other manufacturers felt this was not correct, that in their opinion, from the information they had, it was for more downforce, which is not allowed in the guidelines.

“This is where the issue occurred, this is why they put the protest in, the protest was rejected and was in my favour, that my reading of the rules was correct and the reason for it, as Ducati declared, was for cooling.” 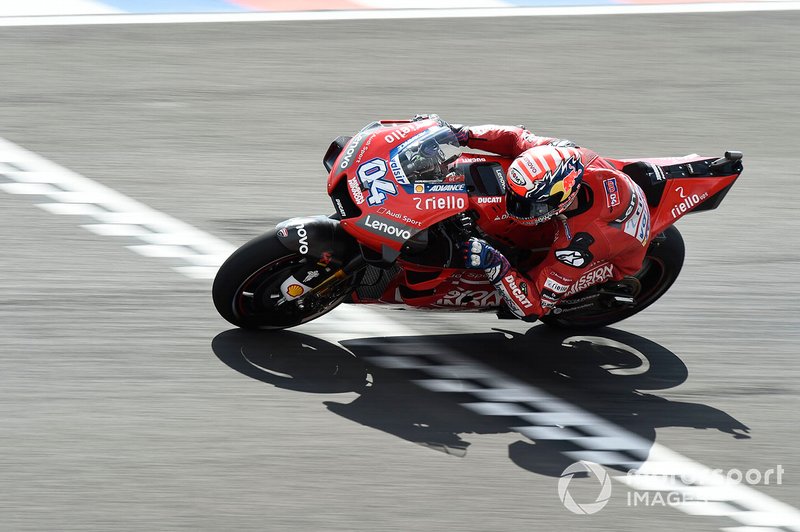