Former Formula 1 and Le Mans 24 Hours driver Perry McCarthy, also the original 'Stig' from Top Gear, is to make a racing return 15 years on from hanging up his helmet through injury.

The Briton, who famously tried to qualify for the Andrea Moda F1 team in 1992 (pictured top), will be returning to the cockpit for his rallycross debut in the Titans RX Europe series at Lydden Hill next week.

McCarthy, who last competed at Le Mans in 2003 for Audi, will campaign a single-make, four-wheel drive PanteraRX6 in the Lydden Hill double-header. He will also take part in the remaining rounds of the season in Portugal, Austria, Hungary and Germany.

Speaking about his new challenge, McCarthy said: “At 58 years old, I’m so proud and delighted to be coming back to motor racing at this level.

"It’s a big challenge ahead and I’ve never raced in rallycross, but it’s given me something to get my teeth into and thankfully I was fast in testing.”

McCarthy was the original secret racing driver for the BBC Top Gear TV show, called ‘The Stig’. He will compete against fellow former F1 driver Nelson Piquet Jr and World Rallycross Championship points leader Kevin Hansen among others at Lydden.

“Since I retired it’s all been about personal appearances and not competing, but now it’s coming back this is a challenge that I’ve not just been presented with, but I want,” he said.

“I’ve not done rallycross before – I mean, I have been on the grass a few times, but that wasn’t deliberate! I do believe I can have a go at them.”

McCarthy will be joined at Lydden by GT and touring car racer Abbie Eaton, best known as the test driver on Amazon TV show The Grand Tour. Like McCarthy, Eaton is also totally new to the mixed-surface discipline and is wary of making pre-event predictions.

“Rallycross is something I’ve always wanted to do,” she said. “My dad actually started off in rallycross so he’s loved it, enjoyed it all the time, he’s been a part of it; so it’s something that I’ve had on my bucket list for a while.

"Just to get stuck in on what is a proper rallycross circuit, an old-school one, is going to be something really special.

"To be quite honest I’ve got no expectations or anything because I’ve not even sat in the car, I’ve never even done anything purposefully on gravel, so to me it’s just an experience thing.

"If I can go out in the car each time and go quicker and quicker, that’s all I’m trying to do and if we can get some pointers off the drivers in it that’s always going to help.” 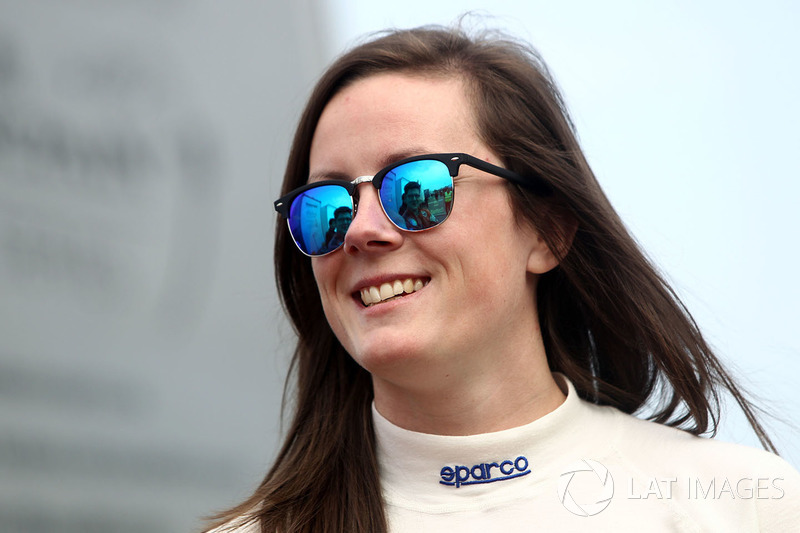 WRX: Kristoffersson to switch to Audi