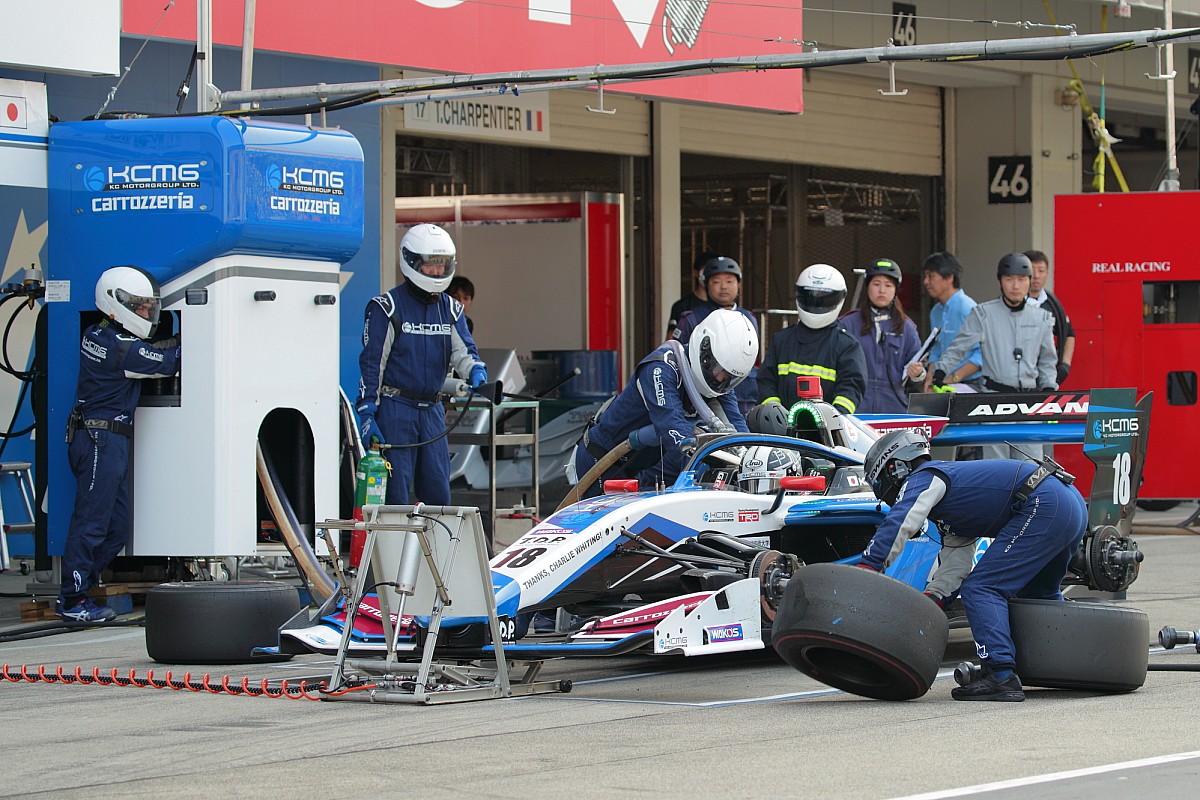 Super Formula drivers will not be allowed to make their mandatory pitstop in the first 10 laps in this weekend's Okayama round in a bid to clamp down on unconventional strategies.

The Yokohama tyres used in Super Formula are famous for their durability, with even the softer of the two compounds good enough to last the full distance at some circuits.

Moreover, the medium tyre has proved to be up to two seconds slower a lap in race trim, with the result that drivers are often keen to use it for as little time as possible.

A combination of these two factors has led to drivers pitting as early as lap 1 at certain races, often to get rid of the medium tyre and complete almost the whole race on softs.

Now Super Formula has stepped in to ensure drivers don’t resort to such tactics again.

For this weekend’s penultimate round at Okayama, the series will introduce a pit window, which will open on lap 11 of 68 and close after the penultimate lap.

As of now, the pit window will only be operational at Okayama, but the series is currently weighing up whether to introduce it again at the Suzuka title decider in October - although the lap limit may vary based on track length.

Drivers will continue to be allowed to pit in the first 10 laps in case of a puncture or a damaged wheel, but such a stop won’t count towards the mandatory tyre change.

All Super Formula races are streamed live and for free on Motorsport.tv.