Button hints he won't return to Super GT in 2020 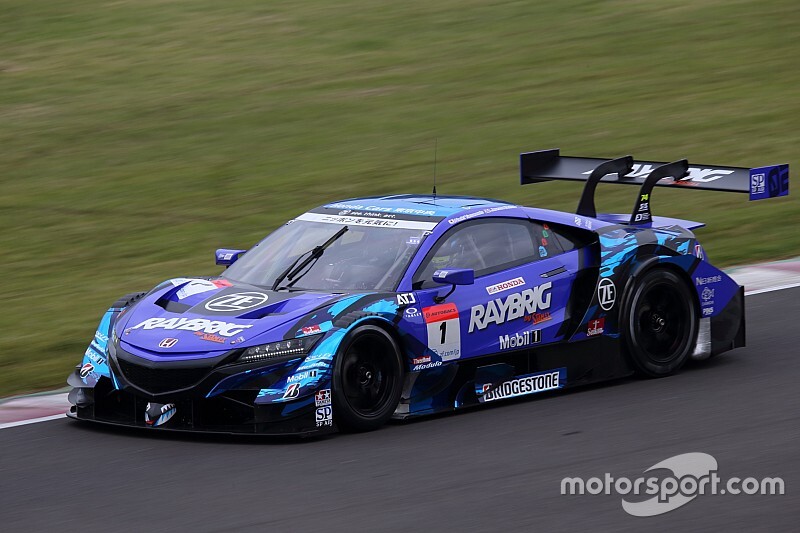 Formula 1 world champion Jenson Button has hinted he is unlikely to return to SUPER GT for a third season next year, after admitting he wants to “try something different” in 2020.

After a maiden series appearance at the Suzuka 1000 in 2017, Button joined SUPER GT full-time the following year, winning the championship in his debut season with Kunimitsu Honda teammate Naoki Yamamoto.

It was Button’s first full campaign since he quit F1 at the end of the 2016 season, although he did dovetail his SUPER GT duties with what turned out to be a partial campaign in the 2018/19 FIA World Endurance Championship season with SMP Racing.

Button and Yamamoto have struggled to replicate their 2018 form this year and currently sit eighth in the championship, compromised by a series of crashes and retirements.

Asked if his family commitments, including the recent birth of his son, will mean he will reconsider his racing commitments in Japan, Button said: “I just want to try something different.

“I like trying new things, learning and [I’ve] been there for two years [in SUPER GT], it’s been fantastic. I want to do something different next year. I don’t know what yet.”

Button also confirmed he will not compete in the DTM and SUPER GT's joint races at Fuji in November, meaning SUPER GT’s season finale at Motegi could mark his final race appearance in a GT500 car.

The Englishman drove without Yamamoto at Hockenheim's DTM finale, the precursor to the so-called "SUPER GT x DTM Dream Race", while both TOM’S Lexus and NISMO Nissan elected to run both their drivers at the DTM finale.

It is expected that Yamamoto will drive by himself at Fuji for the Kunimitsu Honda operation as Button revealed he is not contracted to take part in the event, which is set to clash with his planned appearance in the off-road classic Baja 1000.

When Button was asked by Motorsport.com why he will not compete at Fuji, he said: "Because I wasn’t asked to. That’s why.

"And to be fair it’s not in my contract, so I want to be at home. Travelling a lot this year, a bit too much to Japan, so it’s nice to have time at home."