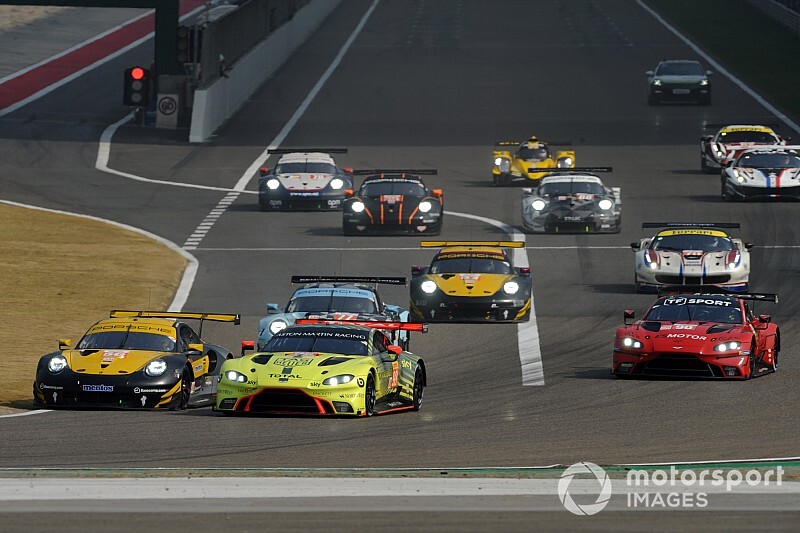 David Heinemeier Hansson says the proliferation of 'fake silvers' in the FIA World Endurance Championship's GTE Am class is behind his decision to quit the category mid-season.

Heinemeier Hansson said that his exit from the Project 1 Porsche squad at the halfway point of the 2019/20 season is because he feels he can no longer be competitive as the only full-time gentleman racer in the GTE Am category with a silver ranking.

The regulations state that a GTE Am crew must include one bronze-rated driver and a maximum of one driver rated either platinum or gold, creating a demand in the class for fast silver drivers - most of which are not amateurs but up-and-coming young drivers.

The 40-year-old Dane wrote on Twitter in response to the news of his withdrawal that having two amateur drivers in one car in GTE Am is "no longer a viable or competitive option".

He continued: "It simply made no sense to continue when you had three factory drivers racing as silvers, half the field qualifying their silvers, and the entire field, minus us, using professional/career drivers as silvers. Why waste our time and money competing on such a profoundly unfair field?

"Egidio and Matteo are awesome, fast drivers for their ratings. But as the lone gentleman driver with a silver ranking, I was the anchor on that boat. And who the hell wants to be the anchor?

"It’s deeply disappointing that WEC allowed the class to get here without revising the regulations. I’ve raced in the class many times over the years. There’d always be the odd silver that wasn’t really a gentlemen driver, but having 10 cars packed with fake silvers is new.

"Driving with Egidio and Matteo was awesome. Our lineup would have been fantastic in almost any other year of the class. The team was great, the RSR is a beast, and I would have loved to attack the Porsche Curves in a Porsche again. But better sit on the couch than play the fool."

Heinemeier Hansson will take part in the IMSA WeatherTech SportsCar Championship's remaining Michelin Endurance Cup rounds with the Tower Motorsport by Starworks squad, having raced for the team alongside Ryan Dalziel, John Farano and Nicolas Lapierre during last month's Rolex 24 at Daytona.