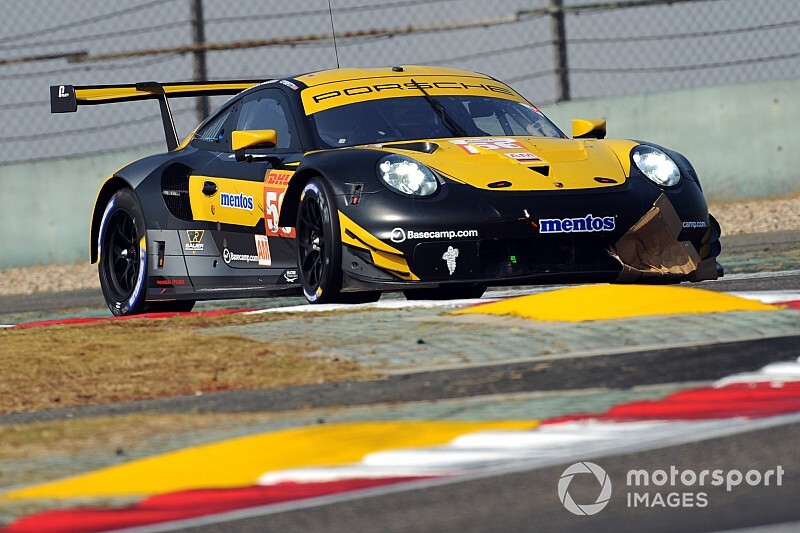 David Heinemeier Hansson will not take part in the remainder of the 2019/20 FIA World Endurance Championship with the Project 1 Porsche team, it has been announced.

Heinemeier Hansson, 40, had returned to the WEC's GTE Am ranks for the first time since 2016 for the current season, joining Egidio Perfetti and Matteo Cairoli at the wheel of one of Project 1's two Porsche 911 RSRs.

The Dane skipped the season-opener at Silverstone as his wife was giving birth, but in the three races he has contested since he and his squadmates have taken a best finish of fifth.

Now Project 1 has announced that Heinemeier Hansson will step down for the remaining four rounds of the 2019/20 campaign, beginning with this weekend's Austin race. His place will be taken by 22-year-old German Laurents Horr.

"It was a long decision-making process involving all the important heads of the team as well as Egidio," commented team boss Axel Funke.

"In the end, the question was, how can we improve the performance and contest the rest of the season without changing drivers again?"

Horr makes the step up to the WEC after winning last year's Michelin Le Mans Cup LMP3 title at the wheel of a DKR Engineering-run Norma M30 alongside Francois Kirmann.

He has prior experience driving a Porsche as part of the DMV GTC series in Germany.

"We want to give Laurents the chance to prove his talent in competition with the best," Funke added. "The successes he has enjoyed in GT as well as prototype racing make us feel positive that we can develop him well.

"Of course, we see the race in Austin as a first test run for both sides."

Project 1's second car will continue to be driven by Ben Keating, Jeroen Bleekemolen and Felipe Fraga, who returns to the line-up at Austin after skipping the last two rounds owing to clashes with his Stock Car Brasil programme.

Fraga's replacement Larry ten Voorde took victory in Bahrain last time out along with Keating and Bleekemolen, who jointly lead the GTE Am drivers' standings.