Toyota "back on track" with hypercar test plan

Toyota is "back on track" to achieve the target test mileage with its new Le Mans Hypercar ahead of the start of the 2021 FIA World Endurance Championship season. 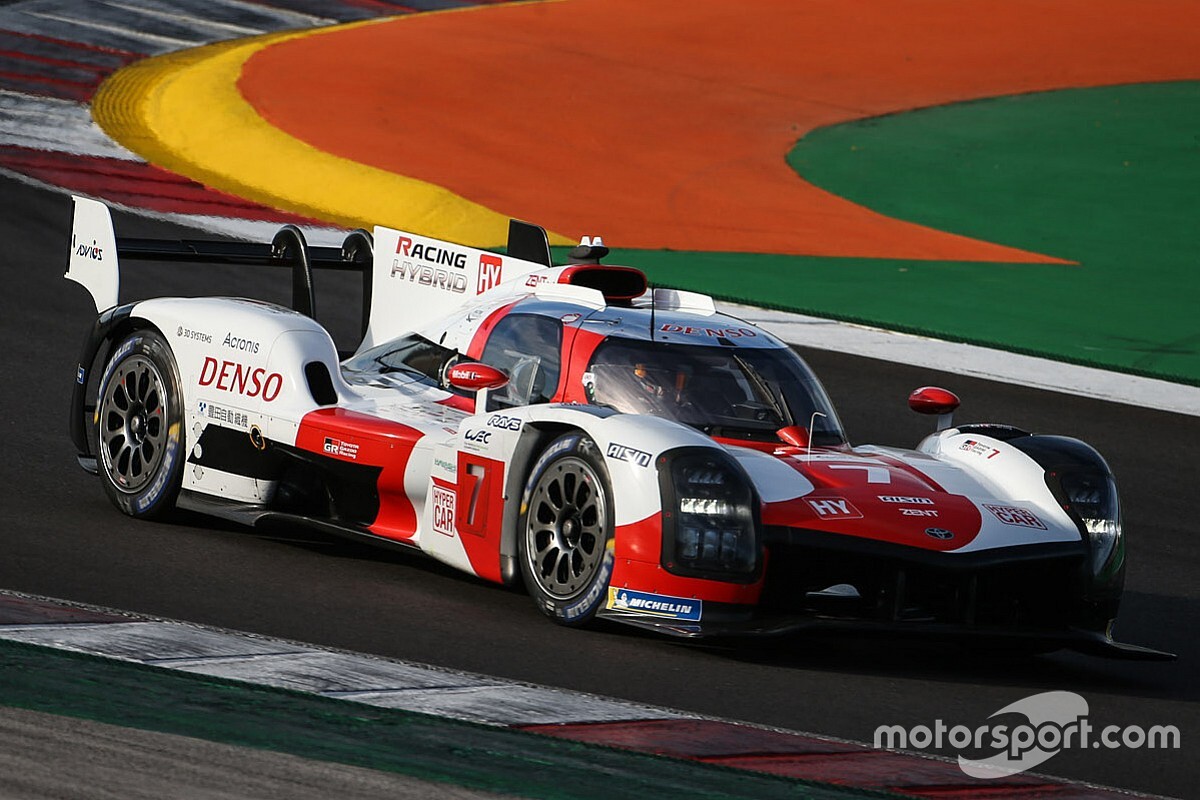 Toyota Gazoo Racing Europe technical boss Pascal Vasselon revealed that the team was able to make up for the snowed-off test at Aragon in January during a second test at the Spanish circuit last week.

The three-day test on Tuesday, Wednesday and Thursday included the first night-time running of the GR010 Hybrid.

"It was a much more positive test than our previous trip to Aragon last month, and we could successfully recover quite a lot of test mileage by running through the night on Wednesday," Vasselon said.

"This brought us back on track to achieve our target mileage before the season starts, which is good news.

"The process of understanding all detailed aspects of the new car and fine-tuning set-ups is still at an early stage, so it is an intense period for everyone in the team, as is normal with a completely new car.”

All six race drivers, as well as test and reserve Nyck de Vries, got behind the wheel of the solo GR010 prototype over the course of the three days at Aragon.

It was the third test for GR010, not including the aborted run at Aragon last month ahead of the virtual launch of the car.

The successor to Toyota's TS050 Hybrid LMP1 car was given a shakedown at Paul Ricard in October before the conclusion of the 2019/20 WEC and then ran at the Algarve circuit, which included the first endurance testing, in December.

Toyota has not revealed the approximate mileage completed in each of the three tests undertaken with the GR010 to date nor the remainder of its test schedule ahead of the rescheduled opening round of the 2021 WEC at Portimao.

Kamui Kobayashi and Kazuki Nakajima were able to drive the GR010 at Aragon after missing last year's Ricard and Algarve tests as a result of their Super Formula commitments.

"Kamui and Kazuki had to be patient to drive the GR010 Hybrid for the first time and finally they had a chance to do this; it was useful for us to have their input as well," said Vasselon.