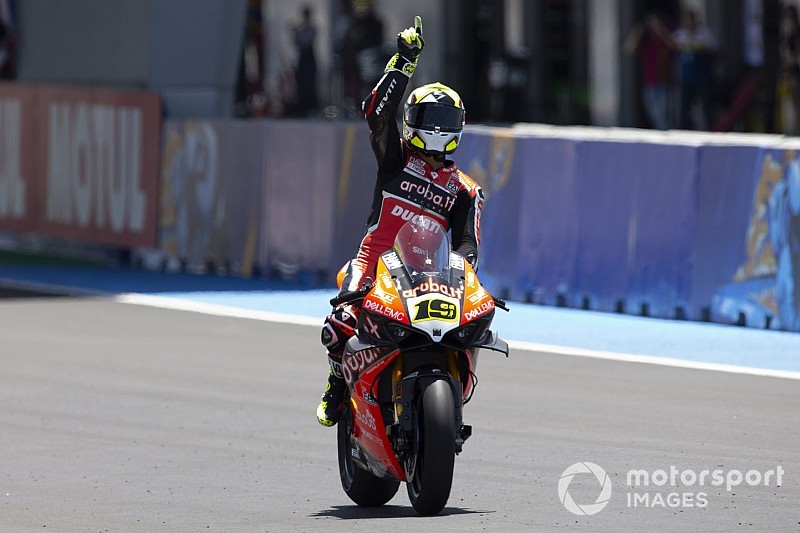 Ducati rider Alvaro Bautista led every lap of the World Superbike Superpole race at Jerez while his title rival Jonathan Rea recovered to fourth from last position on the grid.

Bautista inherited pole position for the short-distance race when Rea was relegated to the back of the grid after hitting Alex Lowes at the last corner in Saturday's Race 1.

He kept the lead off the line and led all 10 laps of the race, comfortably winning by 2.7 seconds.

Lowes ended up crashing out at Turn 7, failing to score for the second race in a row, but his Yamaha teammate van der Mark passed both Sykes and Haslam before attacking Melandri.

Rea, after gaining eight positions on the opening lap to run 10th, quickly passed Chaz Davies, benefited from Toprak Razgatlioglu and Jordi Torres both going wide and overtook Sykes and Haslam to move up to fourth by the halfway point of the race.

However, from then on, he couldn't close in on the Yamahas of Melandri and van der Mark and settled for fourth.