Six-time World Superbike champion Jonathan Rea has branded the 4000-spectator limit for the Donington round as “comical” after Silverstone was granted dispensation to have a capacity crowd for Formula 1.

With the UK’s latest phase of its roadmap out of COVID-19 restrictions delayed until July 19 owing to an increase in cases of the so-called Delta variant – which originated in India – many outdoor events have been forced to go ahead with more limited crowd numbers than hoped.

Exceptions are being made for events running under the UK Government’s pilot scheme, which the Donington WSBK round is not part of.

The UK round of WSBK next week has been limited to just 4000 spectators for the event, while the Download Festival at the same venue last weekend was open to 10,000 fans as it was a pilot event.

And on Thursday it was confirmed that the F1 British Grand Prix at Silverstone in July will welcome a capacity 140,000 crowd, while the final three games of Euro 2020 at London’s Wembley Stadium will be open to more than 60,000 fans.

With much of UK motorsport being strangled by restrictions despite most circuits having large amounts of space to safely accommodate increased spectator numbers, Rea was critical of the limits.

“It’s almost comical, because if you’re dubbed a test event you can create your own rules.

“It’s really tough for smaller events that don’t have the luxury to do that.

“Outdoor events like World Superbikes, where I race, we go to Donington Park which has hundreds of acres of space that you can practice social distancing and fans can be apart of the bubble inside the paddock that you can’t do inside a stadium, yet we’re seeing packed stadiums now.

“It’s really strange but we are what we are and we’ve got to realise we’re still not out of the woodworks of the big picture of COVID-19 times.

“So, we’ve got to be sensible but watching on TV spectators just at the France/Portugal [Euro 2020] match and social distancing seemed to be a thing of the past just watching that game.

“But it is how it is, we’ve just got to roll with it, try to be safe, try to be clever.

“Within the World Superbike paddock we’re still very much within our own bubbles.

“The testing that goes on before even entering the paddock is crazy, so at least you feel safe when you’re inside the bubble and they’re trying to do everything right.

“But motorsport needs fans, we need to get back to some sort of normality.” 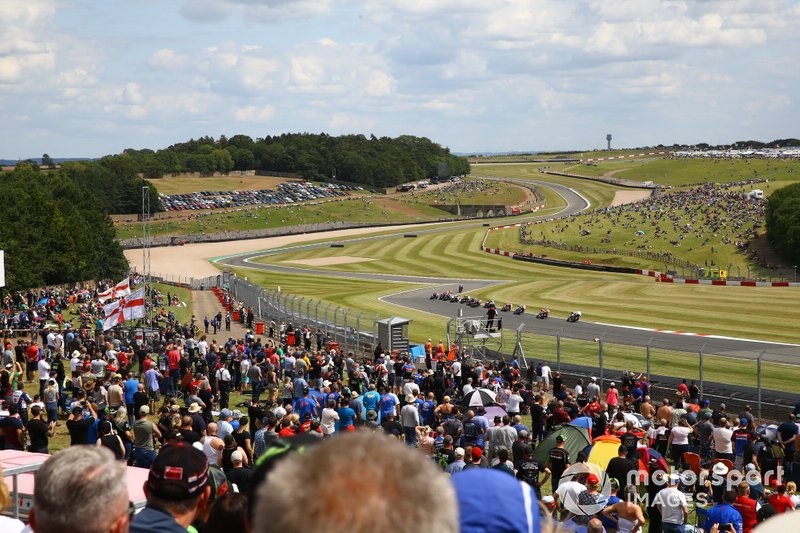