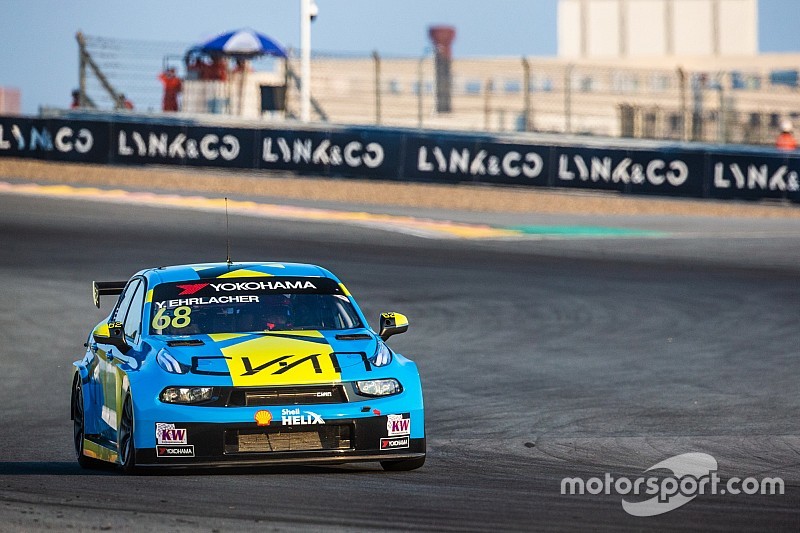 Yvan Muller claimed his second World Touring Car Cup victory of the Ningbo weekend in an attritional final race to thrust himself into title contention.

While the race was yet another wild affair, featuring two safety-car periods, Muller and nephew Yann Ehrlacher steered clear of trouble at the front of the field in their pair of Cyan Racing Lynk & Cos to seal a one-two for the Chinese brand.

Muller led from start to finish after securing his second pole of the weekend earlier on Sunday, meaning he scored 76 points from a possible 85 on offer at the Chinese venue.

The victory also makes the Cyan Racing driver a serious title contender, as the leading two drivers in the standings both failed to finish.

Race two winner Norbert Michelisz's race effectively lasted less than half a lap, as he spun as a result of contact with the Lynk & Co of Andy Priaulx.

Race control announced the incident, which contributed to the safety car being called out for the first time, would be investigated after the race.

Michelisz remains 16 points clear at the head of the order, however, as Esteban Guerrieri stopped during the second safety-car period.

That was the second non-finish of the day for Guerrieri, meaning he failed to score a point across the entire weekend.

Behind Muller, who is now just one point behind Guerrieri, Ehrlacher finished ahead of the leading BRC Racing Hyundai of Gabriele Tarquini.

The reigning world champion had emerged from a four-car tussle after the second safety car - called when Mehdi Bennani tapped Tiago Monteiro into a heavy crash on the main straight - behind the sister car of Augusto Farfus, but was later allowed through by the Brazilian.

Farfus held off the third Lynk & Co of Thed Bjork to finish fourth, while Aurelien Panis - who ran third early on but lost ground at the second restart - was sixth in his Comtoyou Cupra.

Vervisch was a lonely seventh, ahead of Guerrieri's Munnich Motorsport teammate Nestor Girolami.

Chinese driver Ma Qing Hua was on course to complete a heroic recovery from the pitlane to finish in the top eight, but copped damage to his Alfa Romeo Giulietta Veloce as he tried to overake the Honda of Girolami.

That did however allow Ma's teammate Kevin Ceccon to poach ninth, ahead of Johan Kristoffersson's Sebastien Loeb Racing Volkswagen.

The points were completed by Priaulx, Tom Coronel, Attila Tassi, Bennani - who served a drivethrough penalty for his clash with Monteiro - and Gordon Shedden, who was the final finisher.