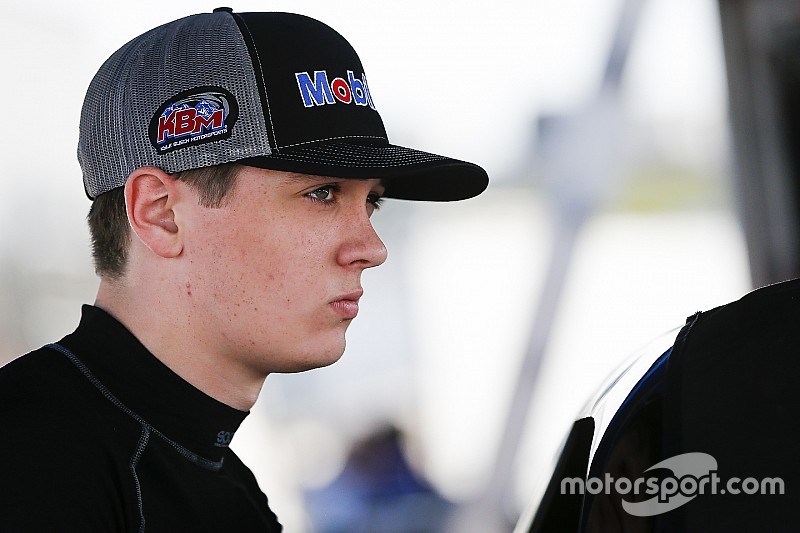 Eckes, 18, was forced to withdraw from Sunday’s ARCA Racing Series event at Salem, Ind., after falling ill following Saturday’s practice and qualifying events at the track.

According to a statement Monday from Venturini Motorsports, Eckes suffered a small esophageal tear in his trachea as a result of complications from food poisoning.

His absence from Sunday’s race dropped Eckes from first to eighth in the series standings, 105 behind leader Travis Braden. Eckes’ road to a championship is now much more difficult but not insurmountable with the majority of the ARCA season still remaining.

According to the Venturini Motorsports statement, Eckes is expected to make a full recovery and will resume racing once he is cleared by doctors, which should take place later this week.

Eckes’ next ARCA race is April 26 at Talladega (Ala.) Superspeedway.

Fellow Toyota development driver and KBM Truck teammate, Harrison Burton, filled in for Eckes in Sunday’s ARCA race. After starting from the rear of the field, Burton finished eighth in the rain-shortened event.