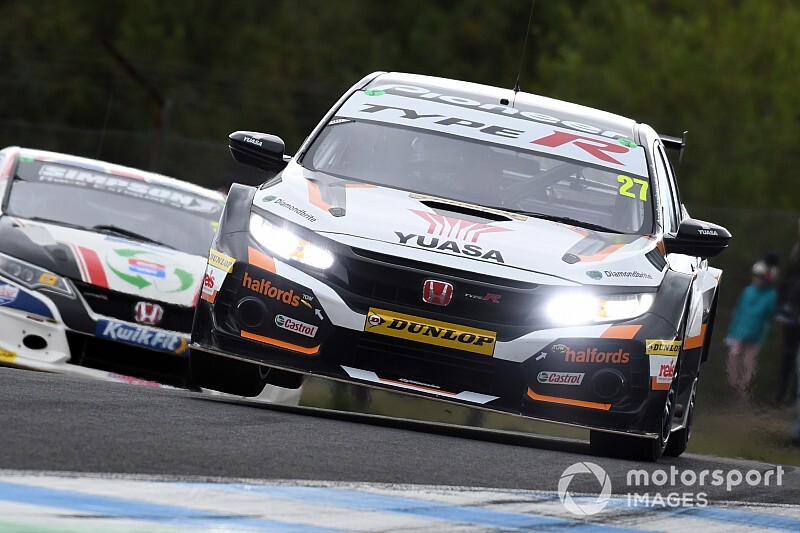 The 19-year-old is set to reunite with Team Dynamics Motorsport, having raced an Audi TCR car for the team at the Dubai 24 Hours earlier this year.

This time Cameron will be testing one of the team's BTCC-spec Honda Civics thanks to a deal facilitated by Aussie motorsport identity Ryan McLeod.

“I’m very excited to drive a BTCC Honda for the first time at an iconic circuit like Silverstone,” said Cameron.

“It’s the first time that I’ll have the chance to drive at Silverstone.

“Team Dynamics has allocated me a considerable amount of laps in the car, so it will give me a good chance to get a feel for the car.

“I’ve really enjoyed my time in TCR Australia this year. It has given me a lot of opportunities to see what else is out there.

“My plans for 2020 aren’t locked in yet. I’d like to do another season in TCR Australia, but a test like this will give me a good understanding of what else is available and where I can start to look into the future."

Team Dynamics Motorsport boss Steve Neal added: “Our team was very impressed with Aaron when he raced with us in Dubai, we know and trust Ryan’s ability and opinions, so it’ll be a pleasure to have him back to test one of our Hondas.

“We have been keeping track of his progress in TCR Australia, and for a young driver, Aaron has been doing extremely well against some established drivers in good cars.

“The step from a TCR car to a BTCC car will be no problem for him, it’s a bit more physical but similar to a TCR in lap time and performance. We’ve allocated enough track time that he’ll get a good idea of what the cars are like and we feel that he’ll adapt to it quickly.”

The test comes after an impressive TCR Australia campaign from Cameron, which yielded third in the points and six podiums, including a breakthrough win at The Bend last week.