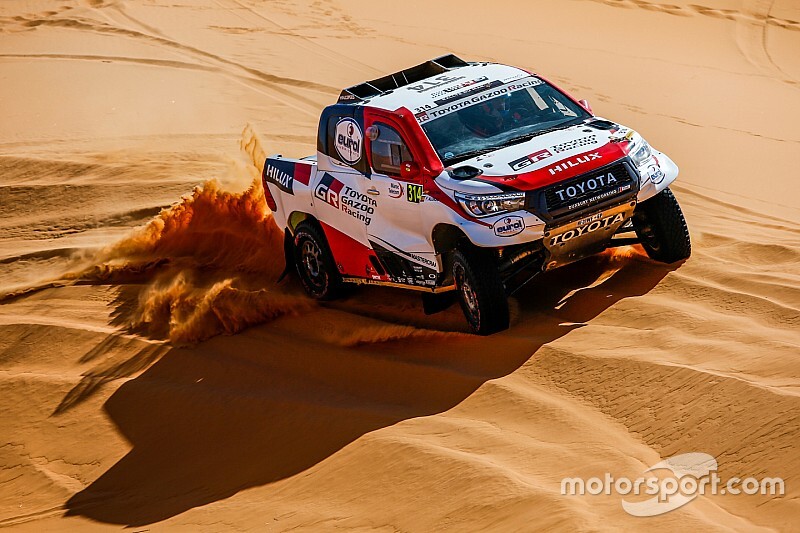 Fernando Alonso has completed the final test for his assault on the 2020 Dakar Rally, covering 600km in the Abu Dhabi dunes.

Two-time Formula 1 champion Alonso completed two-and-a-half days of running with his Toyota Gazoo Racing South Africa team alongside co-driver Marc Coma, which will be his last running before the start of the Saudi Arabian event on January 5.

The main objective of the test, which concluded on Tuesday, was for the Spaniard to continue gaining experience in reading the terrain in the dunes, focussing particular on following roadbooks with no tracks to follow.

In a short video posted to Alonso's Instagram profile, Coma said: "Kilometres of sand, opening tracks and good training for reading the terrain."

Alonso himself added: "Now we are ready for the Dakar, this was the last day [of testing] and we are very happy."

On Monday, Alonso's Hilux suffered a broken wishbone after a heavy landing over a dune, and he and Coma set about changing the component themselves - assisted by Jaume Aragall, the co-driver of Spanish TV presenter Jesus Calleja, who is also contesting the Dakar.

"It's all part of the learning process and they are both are really upbeat and eager", a Toyota Gazoo Racing spokesperson told Motorsport.com about the incident.

Alonso will head to the Dakar with 10 days of competitive running under his belt, having most recently finished third on the Al-Ula Neom Rally last month.

Prior to that he contested the Morocco Rally, the traditional warm-up event for the Dakar, and the Lichtenburg 400 in South Africa, suffering incidents in both.