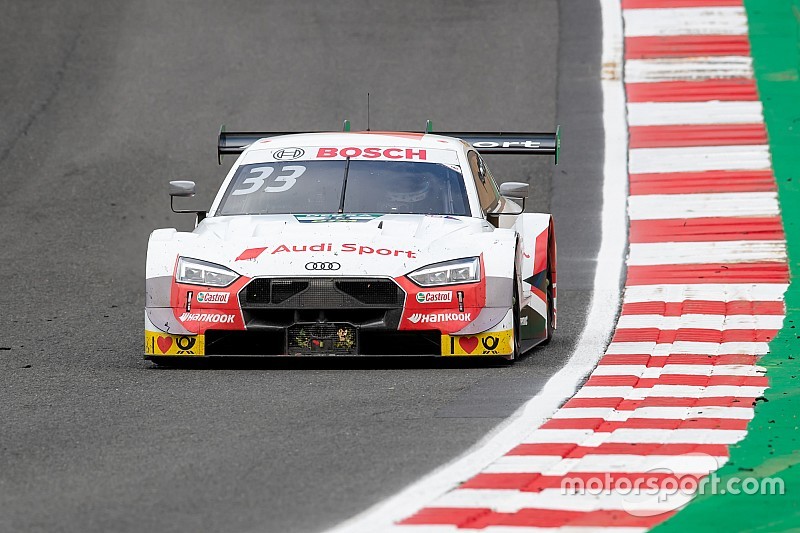 Rast led the times after the first runs by setting a lap in 1m15.696s and returned to the track in the final five minutes to improve his time by over half a second.

That meant the Audi driver's 1m15.134s lap remained the benchmark as the manufacturer swept the front four rows of the grid for the second race of the weekend.

Pietro Fittipaldi recovered from a sizeable crash in Saturday's qualifying to seal seventh after his WRT Audi car rebuilt his RS5 DTM overnight, ahead of teammate Jonathan Aberdein.

Philipp Eng was the leading BMW driver in ninth, ahead of the top R-Motorsport Aston Martin of Dani Juncadella.

Saturday race winner Marco Wittmann, who had led the session after the first flying laps before tumbling down the order, ended up 12th behind fellow BMW man Timo Glock.

Paul di Resta was unable to replicate his Saturday qualifying performance that played a part in his surprise opening race lead and ended up 15th in the second-highest Aston.