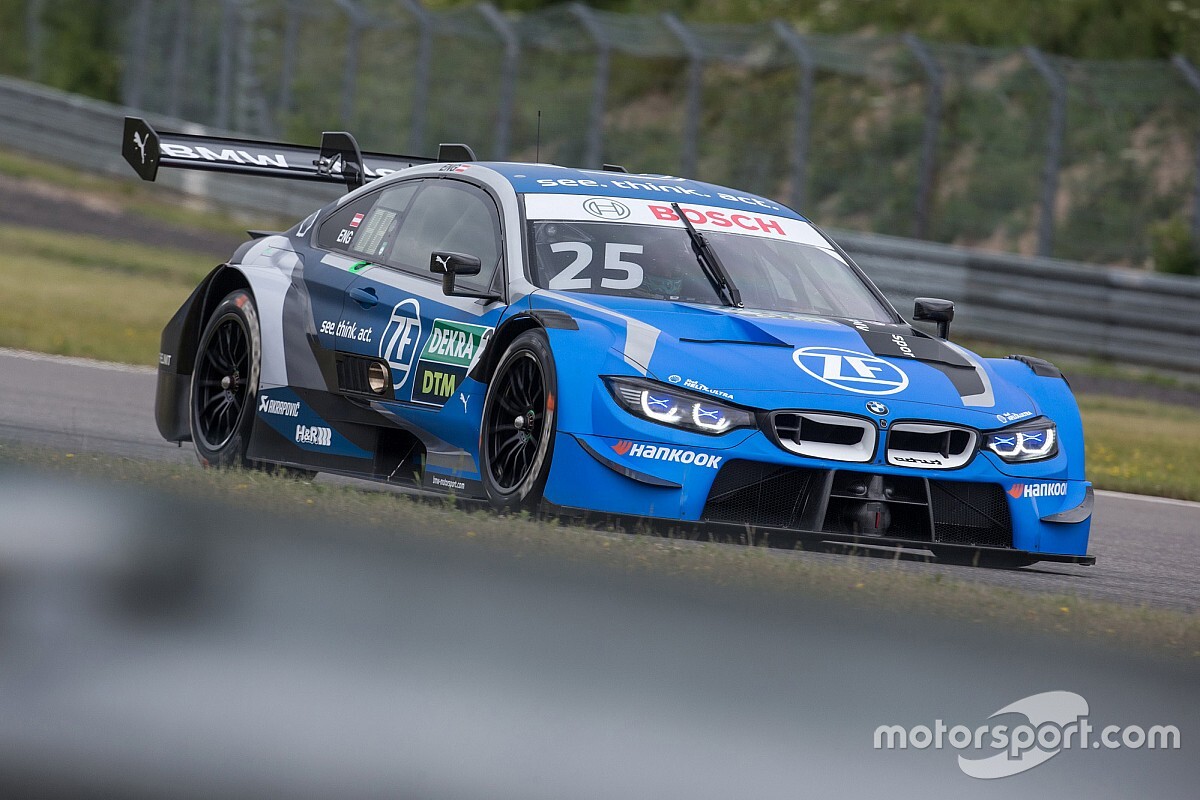 Philipp Eng says he “cannot imagine” a motorsport calendar without the DTM, as questions continue to linger over the future of the fabled touring car category.

The DTM has been on shaky ground ever since Mercedes exited the category after the 2018 season, a move that marked the end of the iconic all-German rivalry with Audi and BMW that helped propel the series' popularity to new heights.

Series promoter ITR quickly put the setback of Mercedes’ exit behind by completing its Class One tie-up with Japan’s SUPER GT series, and persuaded R-Motorsport to build an Aston Martin Vantage to new rules in record time for the 2019 season.

While the two moves appeared to have safeguarded the future of the DTM, things began to unravel at the start of 2020 after R-Motorsport and Audi announced their departures from the series in rapid succession.

With BMW the only manufacturer left in the series, the future of the DTM now hangs in the balance, and series boss Gerhard Berger was recently forced to admit that the championship may have to be “wound up” after 2020.

Eng, who secured his DTM break with BMW in 2018 after looking up to the category during his junior racing career, hopes the series can survive the current crisis.

“For me, not having DTM on this planet anymore is something I cannot imagine happening because even when I was a young kid and I was following the championship," he said.

"Then I was involved in the support categories, I was always looking up to the DTM drivers and to the championship because the racing is amazing, the cars are amazing and to lose this platform is something I cannot imagine.

“We can only wish to everyone that it continues in whatever format it may be, maybe with GT3 cars or something else. I think the most important thing is to keep it alive and to keep it running.”

Berger revealed earlier this month that the DTM is likely to adopt the GT3 formula in 2021, as its current Class One cars are too expensive for privateers to run.

Audi driver Jamie Green noted that GT3 cars can’t match the performance of Class One machines, but believes it is an acceptable compromise to keep the DTM alive.

“We can only wish to everyone that it continues in whatever format it may be, maybe with GT3 cars or something else," said Green. "I think the most important thing is to keep it alive and to keep it running.

"If GT cars are the best or most viable option for the teams to continue and the manufacturers to be involved, obviously as many manufacturers as possible would be the aim, then I can see how [a move to] GT cars could make sense and [possible to] do quite quickly.

“Obviously GT cars are not as quick as DTM cars, but are cheaper to build and to run. Maybe that’s the answer, I don’t know. I’ve done some GT racing and there are still very cool cars and still create a really good atmosphere, and the cars look good and sound good.

“A DTM car is a half-half prototype/touring car. So it's a completely different philosophy. I think the main thing is to have a good show and keep the series alive, so I can see how potentially GT cars could do that.”

What to expect from the 2020 DTM season