Red Bull protege Liam Lawson says it will 'take a while' for his maiden DTM win to sink in after the Kiwi charged from seventh on the grid to take top honours in the Monza season opener.

Competing in his first-ever race with GT3 cars, Hitech Formula 2 driver Lawson made a brilliant start at the Italian Grand Prix venue to pass the T3 Lamborghini of Esteban Muth into Turn 1, and then challenged Lucas Auer on the run to the first Lesmo, only to be pushed wide by the Winward Mercedes driver.

After moving up to fifth following a retirement for Auer's teammate Philip Ellis, the Kiwi stayed in the lead group and was running only three seconds behind race leader Vincent Abril's HRT Mercedes when he dived into the pits at the end of lap 9.

The early stop allowed him to leapfrog both Auer and Dani Juncadella's GruppeM Mercedes, with Abril emerging just ahead of him after completing his own pitstop two laps later.

With his tyres already up to temperature, Lawson breezed past Abril into the first chicane and then cruised to a comfortable 1.6s victory in the AF Corse-run Ferrari 488 GT3 - despite facing a tyre disadvantage to some of his rivals.

With that result, Lawson became the youngest race winner in the history of the German category at the age of 19 years, four months and eight days, snatching the record held by then-Mercedes factory driver Pascal Wehrlein since 2014.

It also made Ferrari - a new entrant to the DTM - the first non-German manufacturer to win a race since Alfa Romeo won at Sao Paulo in the series' ill-fated 1996 season as the International Touring Car Championship.

Lawson says he was convinced that he was quicker than the quartet of Mercedes circulating ahead of him in the first stint, which prompted him to make an early pitstop and run for several laps in clean air to eventually leapfrog his rivals.

"It hasn't sunk in yet and it probably won't for a while," said the Kiwi, who also won on his F2 debut in Bahrain earlier this year. "I don't think myself or the team has really realised what we have just done.

"We knew after qualy this morning that it wasn't our true pace, and I knew that hopefully our race pace will be stronger. In testing our race pace was always good.

"The start was good. I was quite aggressive. I had a really good launch behind Esteban then he just gave me enough space. I went to the grass. Actually, I had a look up inside Lucas going into the first Lesmo and he pushed me a bit off so i had to tuck back in behind.

"[Following other cars] was hard, it was a lot harder than what I expected in these cars. Sitting behind the Mercedes at the start, I knew that we had faster pace, we just needed clear air. So we boxed early, the guys did an absolutely perfect stop.

"And from there once we had the lead, we started managing it for the rest of the race."

Asked what it was like to win in a Ferrari at the Italian marque's home track in Monza, Lawson said: "Yeah, it's pretty special. It's really, really cool to be driving for Ferrari in this type of championship, it's completely new to me.

"To win a DTM race is just massive. I remember years ago when I was racing in [ADAC] Formula 4, we were alongside DTM. I just remember how huge a championship it was and so to be racing in this is a huge opportunity. And to win in Monza in a Ferrari is really special."

Monza marked the start of a new era of the DTM, with purpose-built Class One cars of yesteryear replaced by off-the-shelf GT3 machinery and manufacturers teams stepping away in favour of privateers - although the majority of the grid continues to receive some sort of technical and/or financial support from factories.

Lawson gave a thumbs up to the direction the DTM has adopted this year based on his initial impressions, but admitted that it's too early to make a full judgement.

"For me it was good," he said of the DTM's overhaul. "I think the race was nice obviously from my perspective. The race was run really nicely as well.

"I think the regulations for me are fine, there's a slight difference with the formation start and things like that. I think once we get a full safety car and things over the year this will change things up and then we will see some more differences. There is definitely a bit for me to learn because it's quite different but no, for me the first race was good." 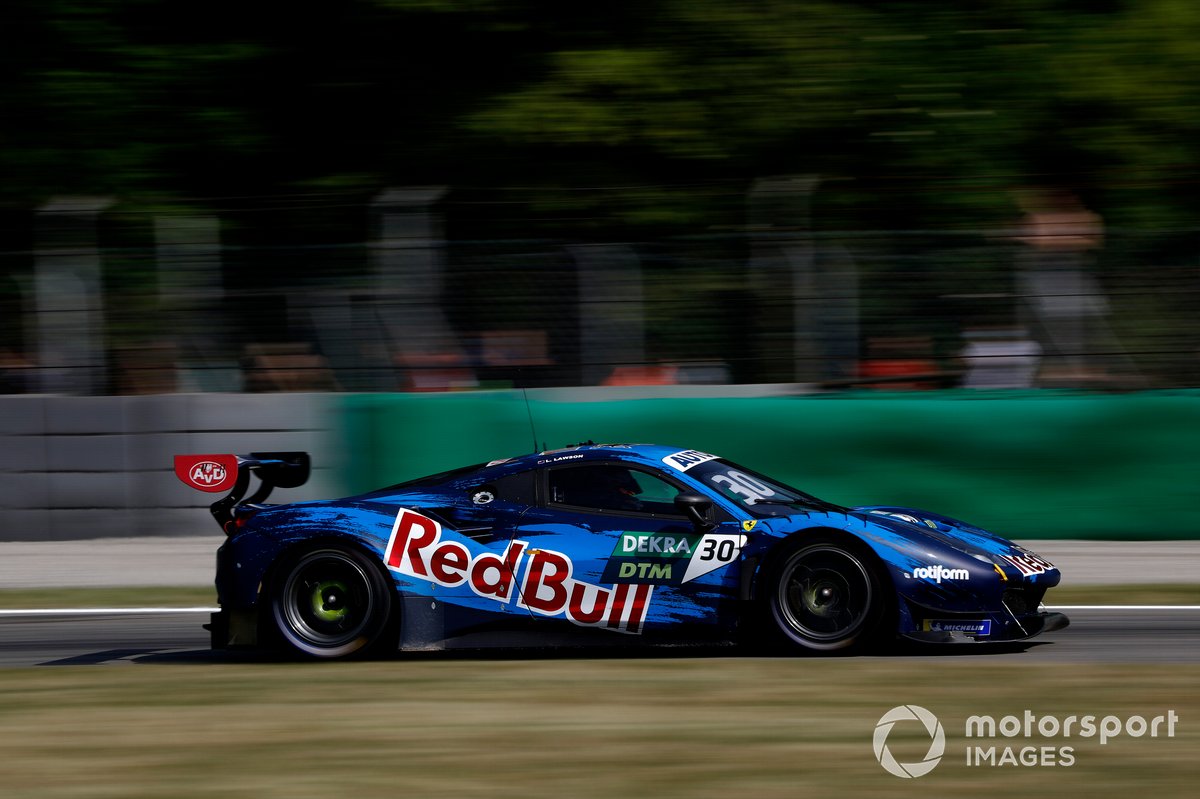