Audi DTM driver Nico Muller has dismissed newly-crowned series champion Rene Rast's claims that he failed to keep a "cool head" with the title on the line in last weekend's Nurburgring round.

Rast wrapped up a second DTM title with a round to spare on Sunday, with his third-place finish in the second race of the Nurburgring weekend giving him an insurmountable 56-point advantage heading to next month's Hockenheim finale.

Muller had started the weekend only 20 points in arrears of Rast, but a jump start in the Saturday race meant he failed to score, while Rast won from pole, and sixth in the following race was not enough to stay in mathematical title contention.

Asked for his thoughts on the way his Audi stablemate's title bid crumbled, Rast pointed to the "mistakes in decisive moments" his rival made.

"Such a jump start must not happen in such a situation," he added. "And that also applies to qualifying [on Sunday]. In such a crucial situation you have to keep a cool head.

“I think for him it was also quite tough. He’s had six years in DTM now, and to be short of a title, I think it’s more pressure compared to me, who already won the title [in 2017]."

But Muller insisted that his bad Nurburgring weekend was not because of the pressure.

When Rast's claims were put to him, the Swiss driver replied: "No, it was exactly the same [level of pressure] as always. We had nothing to lose. Everyone expected Rene to win.

"If you look at how often he started from the front row [12 times from 16 races] and was able to control the thing, anything else would have been a surprise." 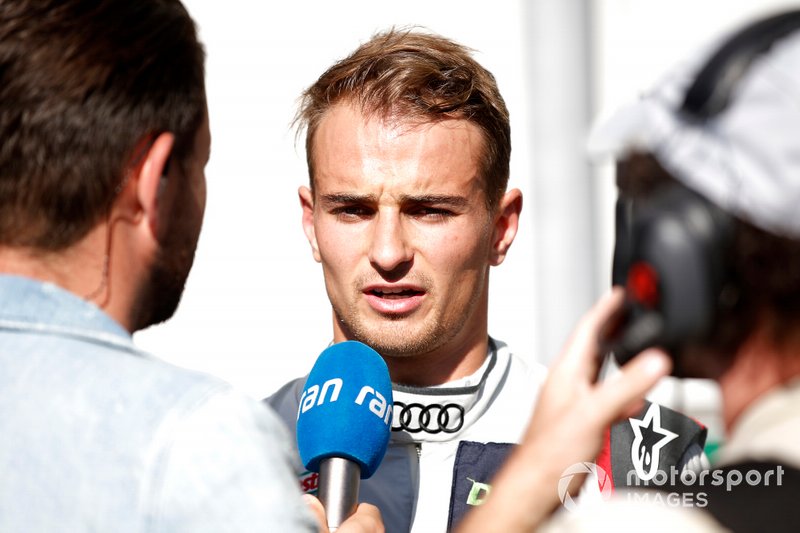 Reflecting on the jump start that realistically ended his title charge, Muller said: "We sat together for a long time on Saturday and looked at the data. We wanted to know, did we do anything a little differently than usual? Did I flinch somewhere where you usually don't flinch when you're less nervous? But it really wasn't like that.

"It was the longest red light in two-and-a-half years, my technicians said. And that combined with a bit more pre-load than usual, because I really wanted to get a good start, and a clutch that gets hot at some point, led to this result.

"I perhaps could have prevented this by choosing less pre-load and making a safe start. But if I took the lead [from third] with a good start, it could have turned around the championship."

Muller's remaining hopes were all but extinguished on Sunday morning as he qualified down in 14th, while Rast missed out on pole to Jamie Green by just a thousandth of a second.

Although not helped by a faulty sensor, Muller admitted his own mistakes were also partly responsible for him starting so far down the order.

"I expected a different balance and was extremely surprised at how the car drove," Muller explained. "I didn't quite get the lap together either.

"What's more, the gaps were extremely small. With a gap of four tenths to pole I was 14th, and my theoretical best lap would have been two tenths faster. Then I would have been seventh.

"But if you have this combination of not optimal balance and a technical problem, then you'll quickly be four tenths behind. That cost us more places today than usual. That was frustrating." 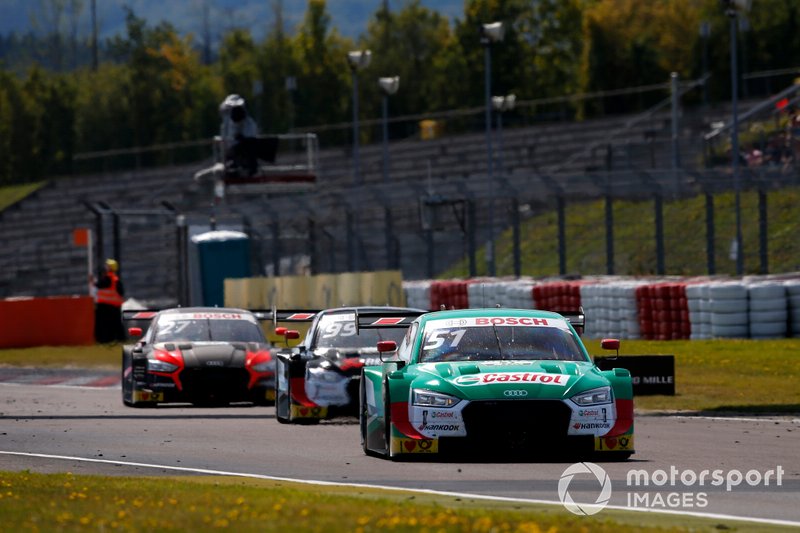 Why Rast is the best driver outside F1

Audi's Muller not expecting many more DTM win chances in 2022