With Audi leaving the DTM at the end of the 2020 season, two-time champion Rene Rast has one last opportunity to become the manufacturer’s winningest driver.

Audi announced in April that it would be pulling out of the German tin-top championship after the second season of the Class One era, having been present in some form or another since the series was revived in 2000.

The announcement likely means Rast’s tenure in the DTM will end after just four full seasons, the German driver having made his first appearance in 2016 before stepping up to a full-time seat the following year.

The 33-year-old will replace Daniel Abt in Audi’s Formula E team for the final six races of the 2019/20 season at Berlin in August, and subject to his results, is thought likely be retained alongside Lucas di Grassi for the 2020/21 campaign.

However, Rast has stressed that the DTM remains his priority in 2020, and there’s one record that’s now within his grasp.

Mattias Ekstrom is currently Audi’s most successful driver in the DTM in terms of race wins, having scored 25 victories in a career spanning 18 seasons from 2000-17.

Rast has 17 wins in his tally and needs another eight to match the record of Ekstrom.

While eight wins in an 18-race season may seem like a stretch, Rast won seven races in each of the last two seasons. In fact, with 17 wins in 58 starts, Rast has an impressive winning rate of 29.3%, far higher than Ekstrom’s 11.52% success rate.

A ninth win in 2020 would help Rast not only topple Ekstrom, but also make him the third most successful driver in the history of the DTM, behind only Bernd Schneider (46, Mercedes) and Klaus Ludwig (38, Mercedes). 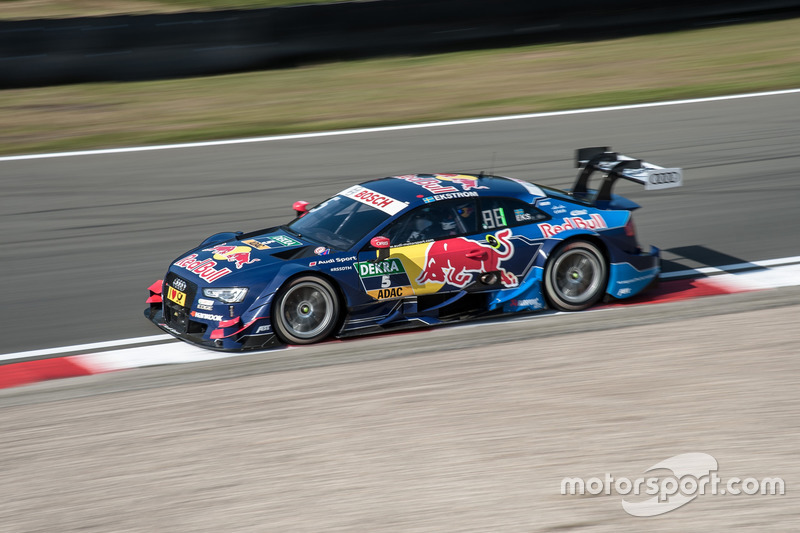 Rast himself admits that scoring eight wins and matching Ekstrom’s tally - if not going one better - is possible, but admitted he would rather stay in the DTM for more years than be under pressure to get the record this year.

"It will definitely be close and will depend on how many races are held,” Rast told Motorsport.com. "In the past two years I have won seven races each.

"If it stays at 18 races, it's possible. But I would have preferred to have been able to drive another five or ten years of DTM. Then I could have taken my time with these challenges."

"Eight victories is a lot in one season,” Gass told Motorsport.com. “In 2018 and 2019 Rene clinched seven victories each, but as I see it, this is not his priority.

“He is more motivated by his own motivation. Of course he sets goals for himself, but I don't get the impression that he's particularly driven by these statistics."

Rast: We were "never competitive enough" for fourth DTM title