Harrison Newey has revealed how a phone call in which his father Adrian and ITR boss Gerhard Berger were “talking rubbish” led to him securing a seat for the 2020 DTM season.

Newey was not originally due to compete in the DTM in 2020, but received a late invitation to drive for WRT Audi on the final day of pre-season testing at the Nurburgring last month, as team’s contracted driver Ed Jones was unable to leave Dubai due to travel restrictions.

Despite no prior experience in a Class One car, the British driver set the ninth-quickest laptime of the day in one of WRT’s customer Audi RS5s, ending up 0.733s behind pacesetter Rene Rast.

The performance earned him a full-season drive for WRT alongside R-Motorsport exile Ferdinand Habsburg and Fabio Scherer, as Jones dropped entirely out of the outfit’s expanded three-car line up for 2020.

Speaking ahead of this weekend’s season opener at Spa-Francorchamps, Newey explained that a phone call between his father - Formula 1 design legend Adrian - and Berger on the opening day of the four-day test opened the door for a last-minute call-up, which eventually led to him securing the final seat on the grid.

“So, it was a bit of coincidence,” Newey said when asked by Motorsport.com about the circumstances of his drive. “My dad was funnily enough on the phone to Gerhard and they were talking just rubbish.

“And then last minute Gerhard said there is some issue with WRT and there might be a seat available, maybe something Harrison could look into. And he told me in the evening after the first test day.

“So in the morning straight away I called Gerhard and said, ‘I absolutely want to be in the car, at least to get a test and show them what I can do’.

“He passed me over to team boss Vincent [Vosse]. I just explained to him, just tried to sell myself and [say] why I should come and do the test. And I think I managed to do an okay job, they said, ‘right, come over and do the last day’.

“So I jumped in my car, drove to the track, reached there late. Jumped in the car, did the test day. I knew the opportunity was for the seat, that there was a seat available, most likely going to be a seat available.

“It was very important for me to do jump in and do a good job straight away, to show them I deserve the seat and I was the man who can take that vacant seat.”

The 2020 DTM season will kick off at the Spa-Francorchamps circuit on August 1-2, with the Belgian circuit making its first appearance on the series’ calendar since 2005.

Audi’s Jamie Green is the only driver on the current grid to have driven at Spa in a DTM race weekend, although several others have driven the track in other categories.

Newey believes racing at a track that has not been a part of the DTM calendar for 15 years will play into his strengths as a rookie.

“I think it’s an advantage for me that we start at Spa because as well as being new to me and the car being new to me, it’s a new track in terms of DTM for everyone,” Newey said.

“There are a lot of experienced guys on the grid. If we were starting at one of the regular tracks, maybe it would make it more difficult myself. I’m thankful for that.

“You don’t have the time to change the car too much, it really comes down to the driver giving good feedback and just being really focussed and ready for the weekend." 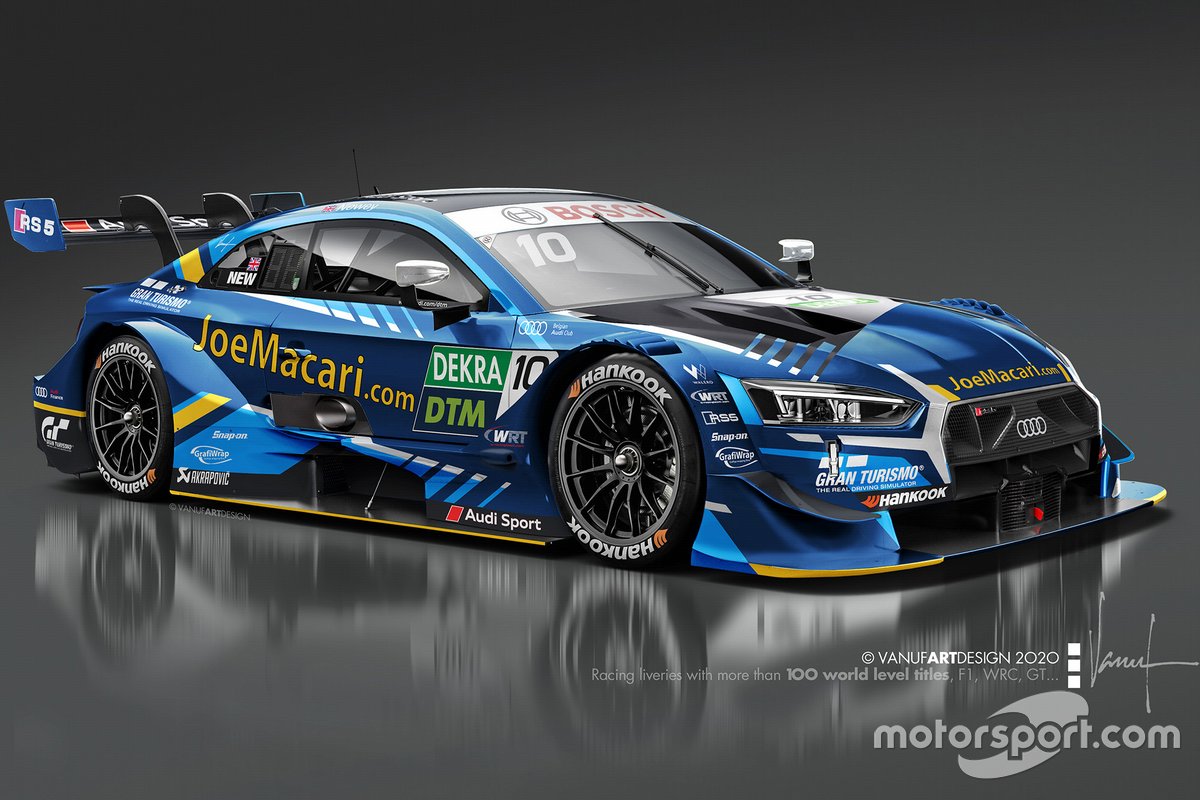