The DTM has approached Silverstone to discuss the possibility of moving its British race from Brands Hatch to Formula 1 venue Silverstone in 2020, Motorsport.com understands.

The Silverstone talks follow confirmation that the DTM will leave Misano for fellow F1 circuit Monza in 2020 after struggling to gain a foothold in Italy since Misano was added for '18.

Like Misano, Brands Hatch had a difficult start on the calendar, but then made a vast improvement in '19, aided by a change of approach to marketing the event and the attraction of the new-for-2019 W Series being on the bill.

DTM boss Gerhard Berger said at this year's Brands race that there was scope for the DTM to grow a stronger presence at the circuit, making a Silverstone approach a surprise.

An ITR spokesperson told Motorsport.com: “When it comes to the creation of the DTM race calendar, ITR always has to consider alternatives and options. It goes without saying that we want to race in a market as important as the UK next year.”

Motorsport.com understands there are currently stumbling blocks to the DTM racing at Silverstone, primarily over the financial agreement between the series and the circuit, as well as concerns over potential crowd numbers.

It is understood that the DTM doubled its total number of spectators at Brands Hatch this year compared to '18.

The DTM has not raced at Silverstone since the ITC visited it in 1996, with Klaus Ludwig (Opel) and Gabriele Tarquini (Alfa Romeo) sharing the wins.

Brands Hatch has hosted the 10 most recent UK DTM events, starting in 2006, with the last two seasons featuring the full Grand Prix circuit rather than the Indy layout.

The series visited Donington Park in 2002 and '03 (pictured below), but the Leicestershire track is not a candidate for a British DTM round this time around. 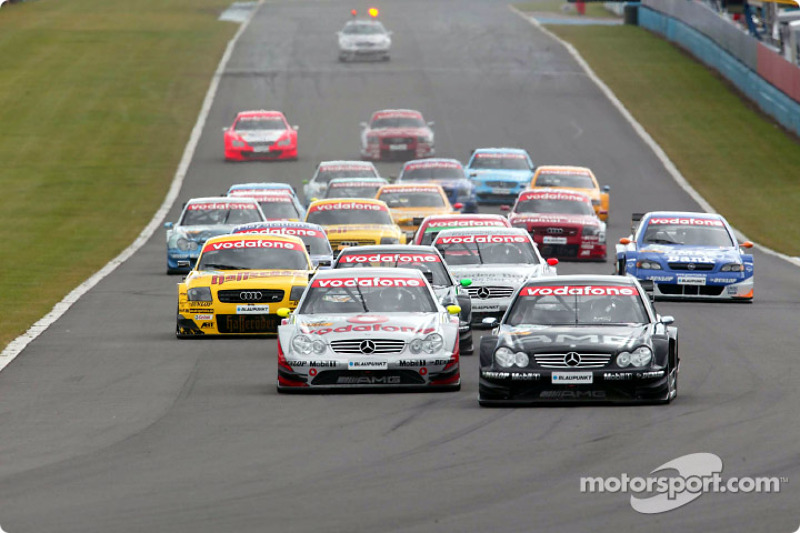 The start: Jean Alesi takes the lead in front of Bernd Schneider