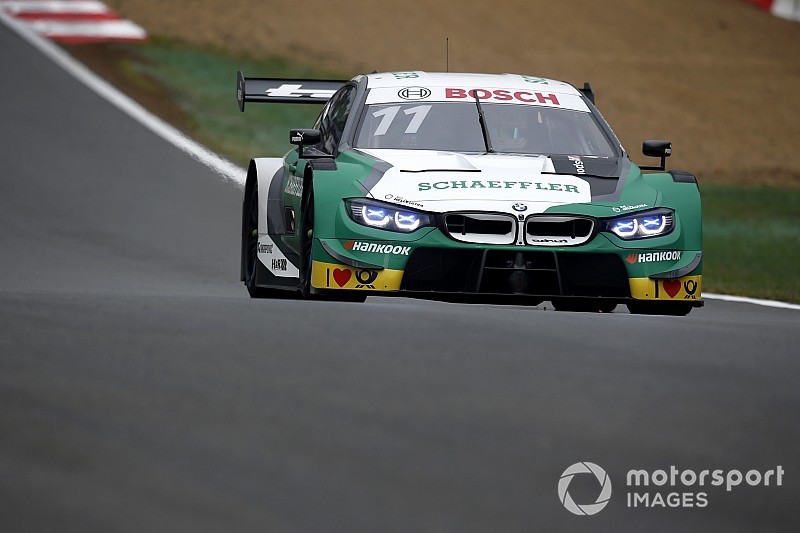 Wittmann set his best time of 1m21.307s during the first run, deposing Audi's Rene Rast from an early top time, and underlining BMW's one-lap advantage over its rival manufacturer.

The DTM field waited until the final minutes to make their second runs, but traffic on the narrow laps hindered most from making improvements at a track where grid position could prove crucial.

That meant the front row of the grid was sealed, with Rast lapping with a personal best time of 1m21.349s, and Bruno Spengler took third with a last lap improvement.

Timo Glock was also able to post an improvement on his second run to jump to sixth ahead of Philipp Eng.

Nico Muller, Joel Eriksson and Jamie Green rounded out the top 10 to ensure a BMW advantage of six cars on the first five rows.

The customer WRT Audi squad was 11th and 12th, with Pietro Fittipaldi winning the intra-team battle against Jonathan Aberdein.

Jake Dennis posted a late improvement to lead the R-Motorsport Aston Martin contingent with a time good enough for 13th on the grid, demoting Loic Duval to 14th.

Dennis's time was just over a second off the leading time of Wittmann.

Teammate Dani Juncadella was 15th ahead of Mike Rockenfeller, who took to the radio to tell Audi of a clutch problem.

When he pitted ahead of his second run, he was reported to the stewards for spinning his wheels on the airjack to complete a miserable session.

Paul di Resta - who impressed by qualifying third at Hockenheim - was 17th, the Scotsman locking up at Turn 9 and cutting the chicane during his first run as he and fellow Aston Martin driver Ferdinand Habsburg rounded out the order.

Wittmann: 2020 a "character-building" year for BMW

Wittmann: Wrong to suggest BMW back in DTM title fight