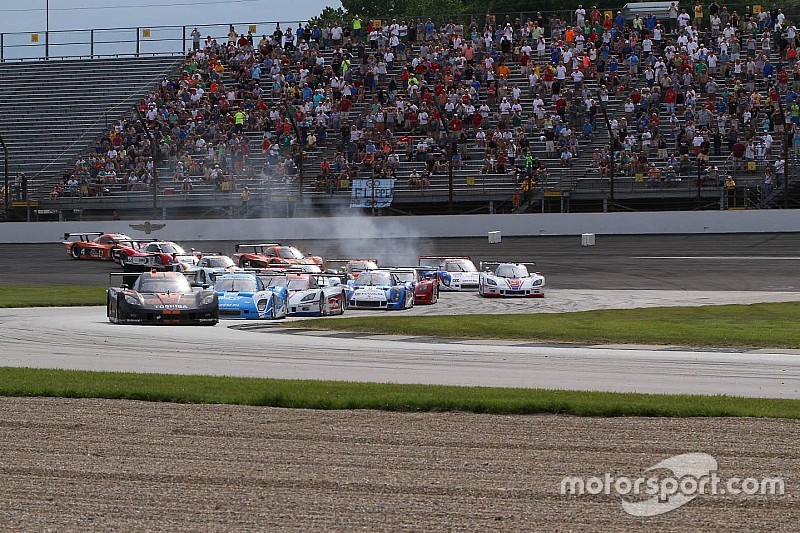 Indianapolis will host the American round of the Intercontinental GT Challenge next year.

The eight-hour event is moving from Laguna Seca to the 2.61-mile road course at the Indianapolis Motor Speedway used for the United States Grand Prix in 2000-07 and by IndyCar since 2014.

It will take place on October 4 and will slot in between the rounds at Suzuka and Kyalami respectively in the five-event IGTC schedule, which also incorporates the long-established Spa 24 Hours and Bathurst 12 Hours GT3 enduros.

IGTC boss Stephane Ratel said: "We have three very successful events as part of the IGTC and are very hopeful for our revival of the historic Kyalami 9 Hours in November.

"Our only problem has been America and this year at Laguna Seca [in March] we had a poor grid and a poor crowd.

"The championship is known for visiting historical events and iconic circuits, and with Indianapolis we are undoubtedly dealing with the latter."

Ratel explained it was important that the event took place at a track that didn't host a round of the IMSA WeatherTech SportsCar Championship.

"If you have a race at an IMSA race you don't get the crowd and the manufacturers can't activate the event," he said.

He stated that Greg Gill, president of his organisation's North America arm, had been "shopping around for a venue where IMSA doesn't go".

The race will also be a points-scoring round of the GT World Challenge North America, a move that Ratel explained would help increase the grid size.

He stressed that it was of the "utmost importance" to align the event with the World Challenge.

The existing fixtures will take place in their regular slots: Bathurst will be in February, Spa in July, Suzuka in August and Kyalami in November. Ratel said there was no plan to add a sixth IGTC race in South America.

The Blancpain GT Series, of which the Spa 24 Hours is the premier round, will be rebranded for next year and will adopt the GT World Challenge Europe moniker of its sister sprint series.

They will now be known as the GT World Challenge Europe Sprint and Endurance Cups, with points scored in each counting towards an overall championship as at present.

Ratel said that negotiations are ongoing with Swiss watchmaker Blancpain about renewing its title sponsorship of the series.