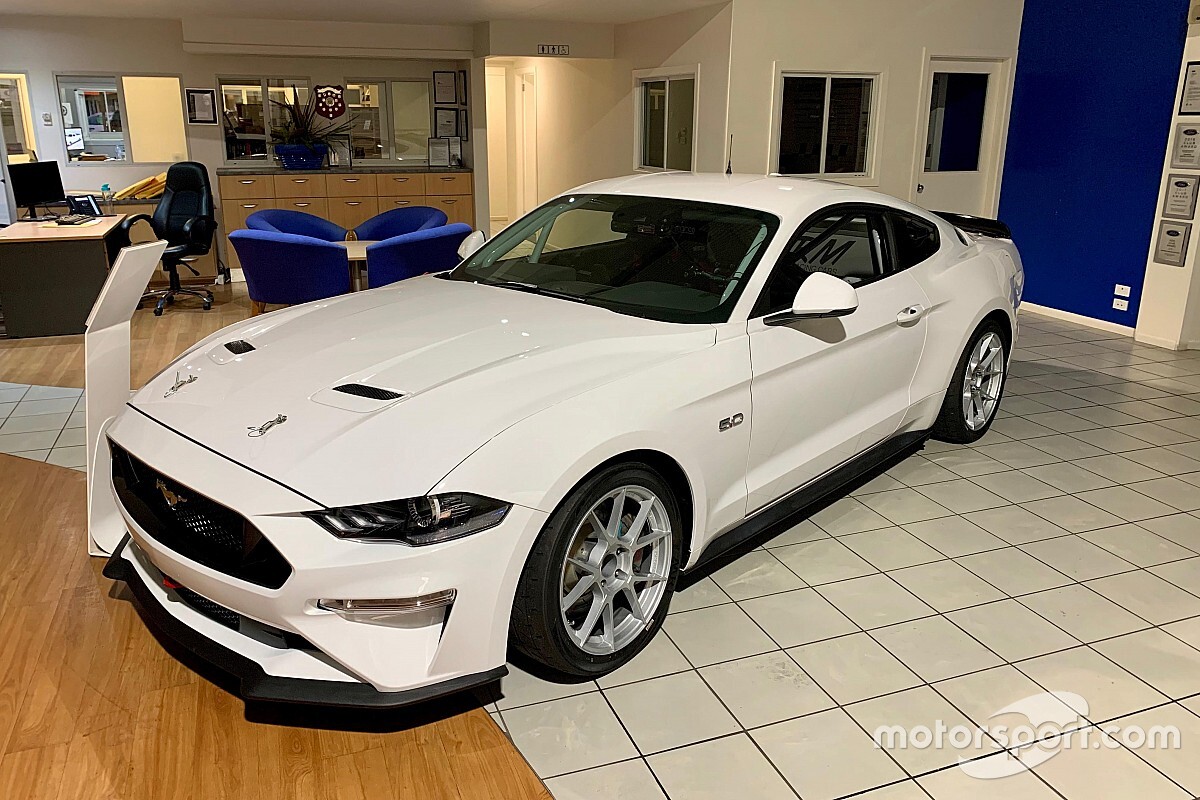 “I bleed blue, and I love seeing Mustangs on the track, whether they are in Supercars or Trans-Am cars,” Miedecke told the Parked Up podcast.

“We felt that the Mustang has been under represented in production cars, so we have just completed the build of a brand-new FN Mustang for the Bathurst 6 Hour.

“We are really excited that the event has been rescheduled to November, and I have it sitting here in my dealership in Port Macquarie. It looks at me, sits out the front of my office and it’s the worst – it’s like having a Christmas present and you can’t open!

“It’s amazing. From a build quality point of view, I have not seen a production car built so nicely. It’s a credit top Ryan McLeod and his team.

“If I told you it was a Mustang GT4, you’d believe me. It is beautiful.”

Miedecke is even hopeful that the Mustang may be able to break the BMW winning streak, the German brand victorious in all four editions of the race so far.

“We’ll be fighting the good fight. Those BMWs will have a lot of pace,” he said.

“The M3 and the M4 have won it and been on pole for a few years. I doubt that we’ll have the outright pace, but from a reliability point of view, we’ll be strong.

“[The Mustang] has a five-litre Coyote engine, and the biggest thing that triggered us, the car has direct injection, so it has a bit of extra grunt, so it should mean that we are around the fight for the lead.

“It is exciting. We want to get some testing miles under our belt. We are just waiting for tracks to open, but it’s a lovely car and something I’m really excited to have a crack in sooner rather than later.”

The Bathurst 6 Hour is set to take place as part of the Bathurst International in November, after the Easter running of the event was postponed due to the coronavirus.