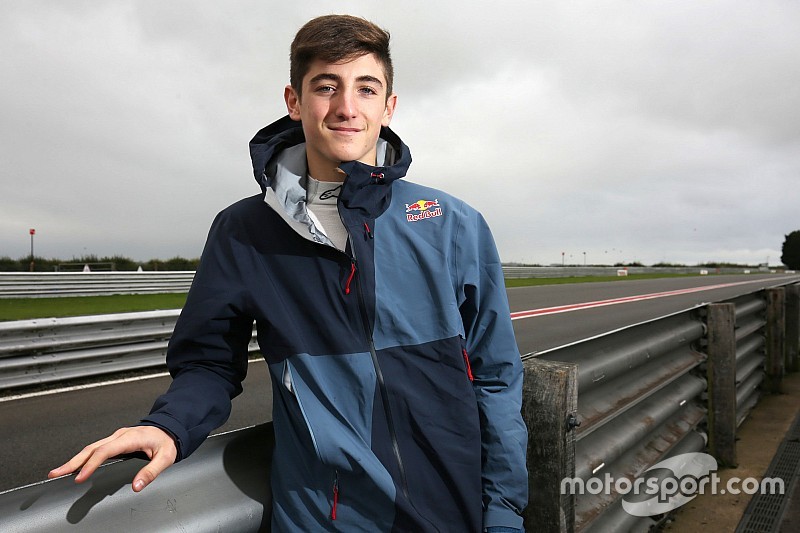 “I’m really excited and fortunate to be racing in Euroformula Open this year as a rookie!” said Doohan.

“It has proved to bring some very strong drivers through the ranks and is looking to be pretty competitive this season, so I’ll be giving it everything I’ve got to come out on top.”

Doohan gained Red Bull’s support after finishing third in the CIK-FIA European and sixth in the CIK-FIA World Karting Championship in the OK Junior class in 2017, and the Formula 1 team funded his British F4 campaign.

Alongside that he competed intermittently in F4 abroad, gaining experience of circuits he’ll be racing at in EF Open. He’s also tested Double R’s HWA-powered Dallara F3 car twice over the winter.

Red Bull’s support only covered the British championship in 2018, and with Doohan also set to compete in Asian Formula 3 this year after debuting in the Winter Series last month, it is likely that one of his 2019 programmes will also be financed by other means.

Doohan joins Sebastian Vettel, Carlos Sainz, Jaime Alguersuari and Filipe Albuquerque as Red Bull juniors to have been entered in the championship.

Honda has also placed one of its juniors in EF Open, with Teppei Natori joining Carlin for both it and the new FIA F3 Championship.

Natori, Japanese F4 runner-up in 2018, took two podiums on his F3 debut in EF Open’s own Winter Series last month, which convinced the 18-year-old to remain in the series.

The FIA F3 and EF Open calendars clash twice, with Natori prioritising the former on both occasions.

BRDC British F3 drivers Billy Monger and Nicolai Kjaergaard are expected to join Natori in EF Open after testing for Carlin, while British F3 champion Linus Lundqvist is also lined up to enter the series after winning one of the Winter Series races at Paul Ricard.