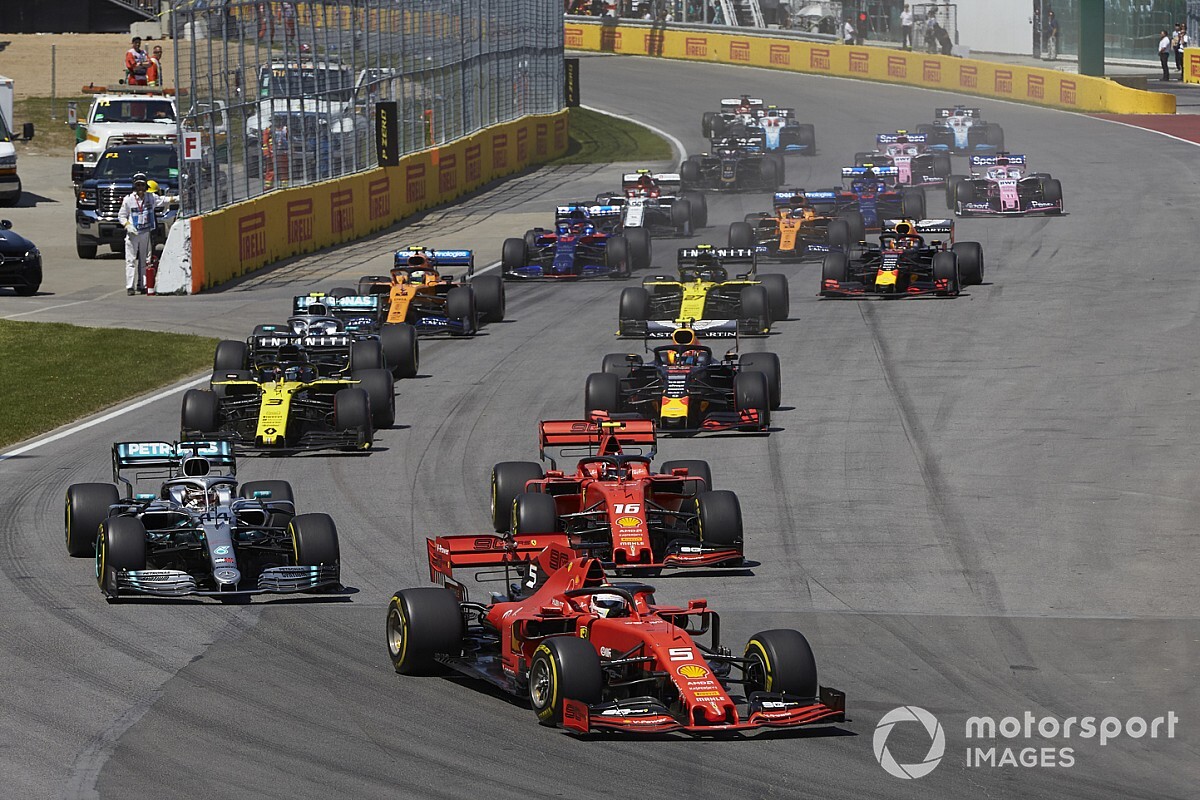 The Dutch, Canadian and Singapore GPs are all missing from the latest version of the 2020 Formula 1 world championship schedule, and all three events look set to be officially cancelled at some stage.

Thus far only the Australian, Monaco and French events have formally been called off for 2021.

F1’s plans are being adjusted on a regular basis as the COVID-19 situation develops and local regulations change in race hosting countries, including bans on major events that currently run to September in several locations.

F1 is also in talks on commercial terms with all venues, with some tracks expecting to be paid for behind closed doors races, while in other cases – primarily the flyaway races – the promoters are still expected to pay at least part of the original fee.

It’s understood that insurance payouts for a pandemic cancellation are another factor in the decisions of some promoters as to whether to proceed with plans for a race within this season.

Meanwhile, Hockenheim is standing by as the track not on the original schedule most likely to step in if needed – and it is currently mooted as a replacement for Silverstone, if no deal can be concluded with the British GP venue.

The loss of Singapore and Montreal would be no surprise, given that one is a street event and the other a semi-permanent venue, with both requiring a huge amount of work to prepare.

Zandvoort has been hit by ongoing local restrictions, and there’s also reluctance to run the first event behind closed doors.

Although there has been no official confirmation, a Dutch GP source told Motorsport.com: “So far it looks like our 2020 race will be postponed to 2021, hopefully when there is a vaccine and business as the ‘new’ usual.”

Even the F1 teams have not been given an official version of the full calendar, with the second half very much seen as a work-in-progress.

The projected F2 and F3 schedule, including the European races and end-of-season Middle East dates, was given to competitors earlier this week. However even that has subsequently undergone some changes.

Other versions of the calendar, including one issued within the FIA earlier this month, have been circulating.

Based on the latest information from sources we believe that the following represents the current “ideal” scenario as far as the F1 organisation is concerned, although it includes 19 dates, and even Chase Carey is only expecting to run 15-18 events.

Since the concept of a July restart first emerged, a free weekend on the original British GP date has been added between the Austrian and British double headers, with the second Silverstone event moving to the original Hungary date of August 2.

In the F2 calendar, Spain was slated for August 9 and Hungary for August 23, but we understand they have now swapped, putting the Budapest event closer to its traditional date. A Spanish GP source has confirmed that the later date is now favoured for the Barcelona race

Hockenheim was also listed a possible alternative for Spain on August 9th in the F2 version. However promoters are believed to be flexible, potentially able to fill any gap as required – and the German venue is now understood to be a back-up for the Silverstone races, which would make sense given that trucks could travel straight from Austria.

“It is indeed true that there are still talks with F1 going on,” the German venue’s commercial boss told Motorsport.com. “At the moment I can neither confirm nor deny speculations about the racing calendar in general and about dates for a race at the Hockenheimring.

“It's obvious that these special times bring with them a number of new challenges for a global event and that there are many hurdles to overcome in the preparation.”

Belgium still has its original date despite a ban on major events that is in place until September 1. An alternative date of September 13 has been mentioned, but that looks realistic only if Azerbaijan doesn’t happen the following weekend, creating a gap in the calendar. A ban in events until September 1 is one hurdle that has to be overcome.

Azerbaijan has been given the original Singapore date of September 20, immediately before the unchanged Russian date of September 27, although Baku has stressed that the long lead time required to prepare the track means that it’s far from certain that the race will go ahead.

Promoter Arif Rahimov told Motorsport.com: “We cannot commit to the hosting the race until the situation with COVID-19 clears up.”

China has been slotted into October 4, ahead of an unchanged Japanese GP date. That would potentially create a run of five back-to-back races if Baku happens.

The USA and Mexico currently retain their original dates, with Brazil brought forward by a week to create an Americas triple header. There remain doubts over Austin however, not least because its hosting fee is paid with money received from the Texas state to reflect spending in the city by visitors, and a closed doors race makes little sense for the venue.

As has long been expected Vietnam is set for late November, ahead of the two Middle East races. Provision has also been made for a possible second Bahrain race, which could help to make up for earlier lost events.