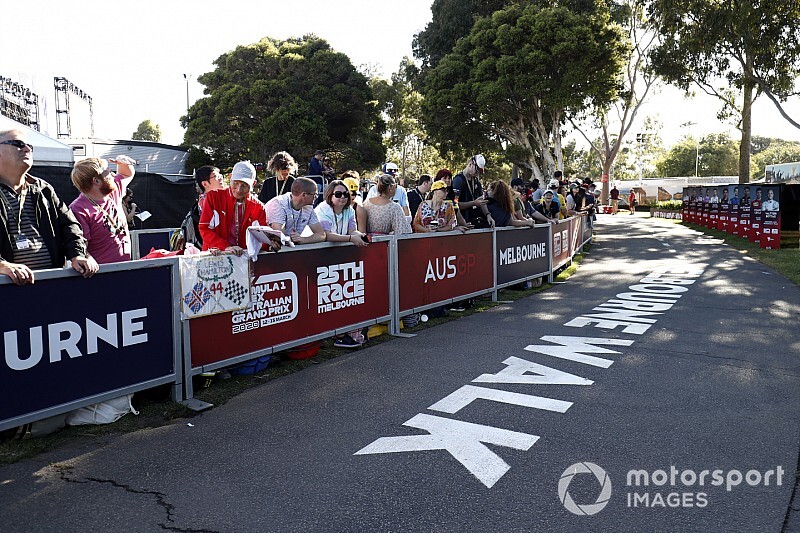 Australian Grand Prix organisers plan to push on with the rest of its event, despite the expected imminent cancellation of the Formula 1 race.

Following a meeting of F1 team principals agreeing with the FIA last night not to go ahead with the opening round of the championship, an official announcement about the fate of the grand prix has not yet been made.

However, in a statement obtained by Motorsport.com from the Australian Grand Prix corporation on Friday morning, it was made clear that all other activities were proceeding as planned.

“The gates will open at 8.45am and track activity will commence as scheduled at 9.10am,” said the statement. “Ancillary events, sponsor functions, the hospitality program and all activations and fan engagement activities will commence as planned.

“The broader implications arising from the McLaren withdrawal are being discussed with the FIA and Formula 1® following lengthy discussions overnight.

“There will be a series of ongoing discussions with key stakeholders through the morning and updates on any changes to the program will be communicated as promptly as possible.”

However, Victorian premier Daniel Andrews said shortly before the gates at the track were due to open on Friday morning that he would not allow spectators to attend if any track action took place.

Speaking to 7News Sydney, he said: “On public health grounds, there will be no spectators at the grand prix this weekend if a race actually happens at all. That is a matter for them [race organisers] and they will make announcements very soon.”

Motorsport.com has been told that F1 personnel were informed on Friday morning to treat things like a ‘normal day’, amid the dramatic news last night of McLaren’s withdrawal.

McLaren driver Lando Norris took to social media overnight to voice his disappointment at the news: “While I’m gutted that I can’t race, the most important thing right now is everyone’s health.

“We’ve been doing everything we can to limit spread and that has naturally involved me being around as few people as possible. My only thoughts are with the team and everyone in the world fighting this.”

Formula 1's teams are heading in to the track ready to pack up their equipment, with uncertainty about where F1 goes from here.

Motorsport.com understands that in the wake of the team decision, star drivers Sebastian Vettel and Kimi Raikkonen have already flown out of Melbourne.

Australian GP set to be called off over coronavirus threat