Formula 1 toyed with the idea of trying out a reverse grid qualifying race for this weekend’s Styrian Grand Prix, in a bid to spice up the action.

But although last weekend’s Austrian Grand Prix was a thriller, there is no denying that how the reverse grid would have lined up had all the ingredients of helping produce even more drama.

The biggest winner, of course, would have been Max Verstappen, whose early retirement from last weekend’s Red Bull Ring race would have put him on pole position from Renault’s Daniel Ricciardo.

In fact, local heroes Red Bull would have had both cars starting in the top ten, with Alex Albon starting eighth following his late-race stoppage.

The reverse line-up would have left Mercedes facing a pretty big task, with Valtteri Bottas starting last and Lewis Hamilton down in 17th – with a lot of work to do to try to get anywhere near the front.

It was the prospect of such difficulties that prompted Mercedes to block the idea – especially because team boss Toto Wolff felt a front-running car like Verstappen that started at the front would be left on course for an easy win.

"Just imagine one of the drivers not running well on the Sunday race of the first Spielberg weekend, and you decide to DNF the car. That will be the car that starts from pole for the qualy race,” he said before the season started.

"And if that car starting on pole on the qualy race is within midfielders, he will certainly be on pole for Sunday and win the race. There will be cars in the middle that will defend and block as much as they can.”

Here is how the reverse grid race would have lined up. 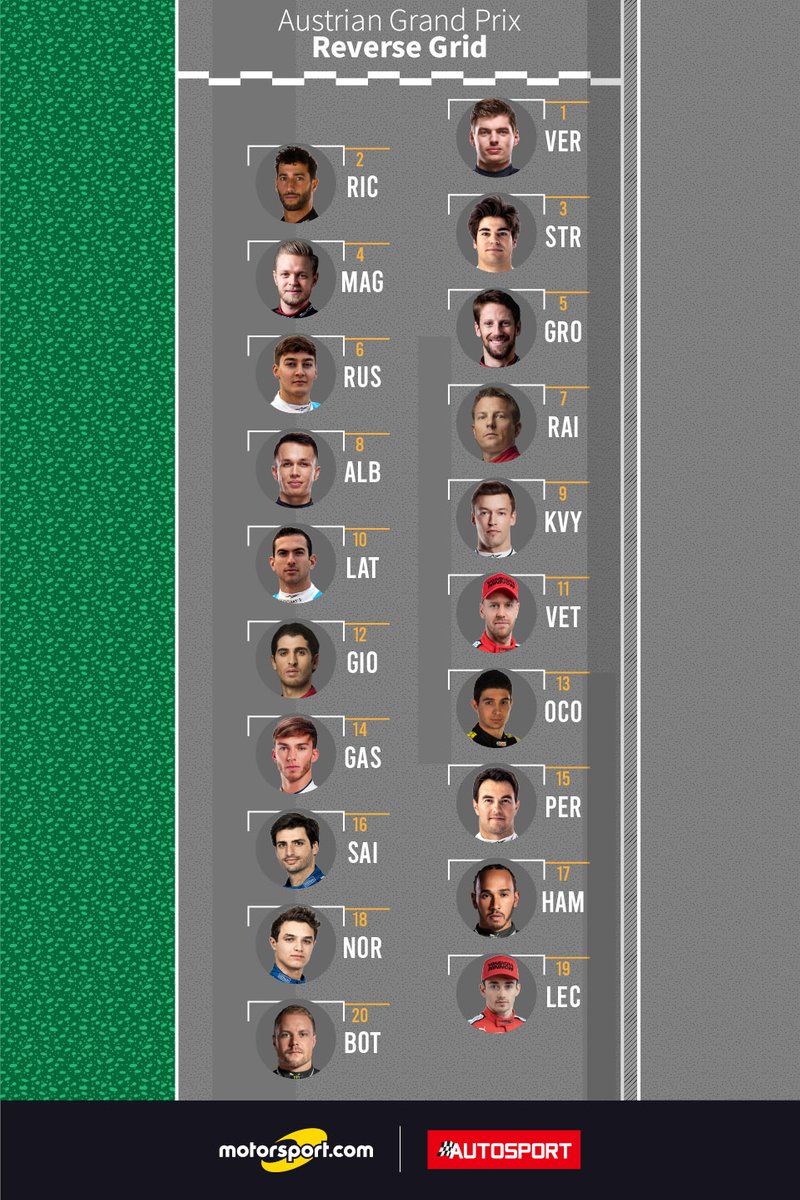