Valtteri Bottas felt he could still have won the Eifel Grand Prix despite the error that gave Lewis Hamilton the lead before an unexplained power unit issue made him retire. 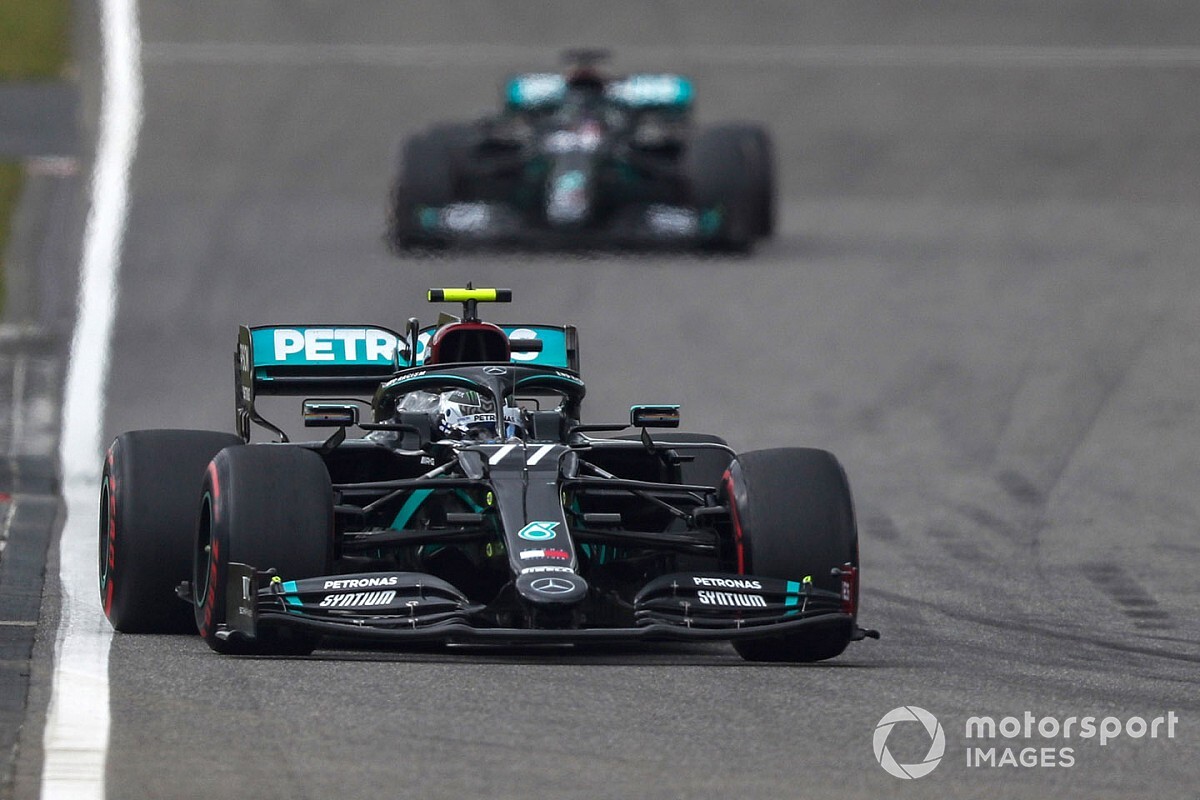 Pole-sitter Bottas managed to boldly defend the lead from Hamilton on the opening lap and open a small gap of over a second through the opening stages of the race.

But a lock-up at Turn 1 on lap 13 caused Bottas to run wide, handing Hamilton the lead and forcing the Finn to come into the pits after flat-spotting his tyres.

A Virtual Safety Car period then left Bottas far behind Hamilton and Red Bull’s Max Verstappen in third place, before a suspected MGU-H issue brought his difficult afternoon to an early end.

Despite the mistake, Bottas felt he still had a good chance of winning the race as it forced him to switch to a two-stop strategy, which he felt ultimately proved to be the best approach for the race.

“I had all the chance for the win, because that made me commit to a two-stop quite early, and I think a two-stop at the end was the best strategy,” Bottas said.

“I knew there was all to play for, even after that lock-up in the drizzle. Then the engine thing, I couldn’t believe it.”

Bottas explained after the race that he thought the lock-up was due to the light rain that had arrived at the Nurburgring just before his error.

“The lock-up, I think it was mainly the drizzle,” Bottas said.

“I really had less grip under braking and it was a really sudden lock-up. And of course being the first car out there who is approaching that corner, I’m sure Lewis saw pretty quickly that I locked up, so I’m sure he had a chance to react.

“It was a mistake, but also in tricky conditions. When I stopped, and when I felt the tyres were starting to work, and when I got past Ricciardo, I thought it can still be really good, and at least I knew I was committed to two-stop.

“The VSC, maybe it was a bit unlucky for me, because the others had a free stop. In any case, there would still have been opportunities.”

Mercedes is yet to have fully diagnosed what caused the issue on Bottas’ power unit, but team boss Toto Wolff said it appeared to be related to the MGU-H.

“It looks like it was around the MGU-H but we haven't found the root cause yet,” Wolff said.

“We retired the car, not only because he wouldn't have scored points, but also because we didn't want to damage the power unit.

“I think we should be fine [to use it again]. It's important now to understand what happened.

“We introduced new power units this weekend and there are still six races to go, so we need to get on top of the problem.”

What's changed in F1 since Alonso made his debut