Brown: No plans to step back despite Seidl arrival 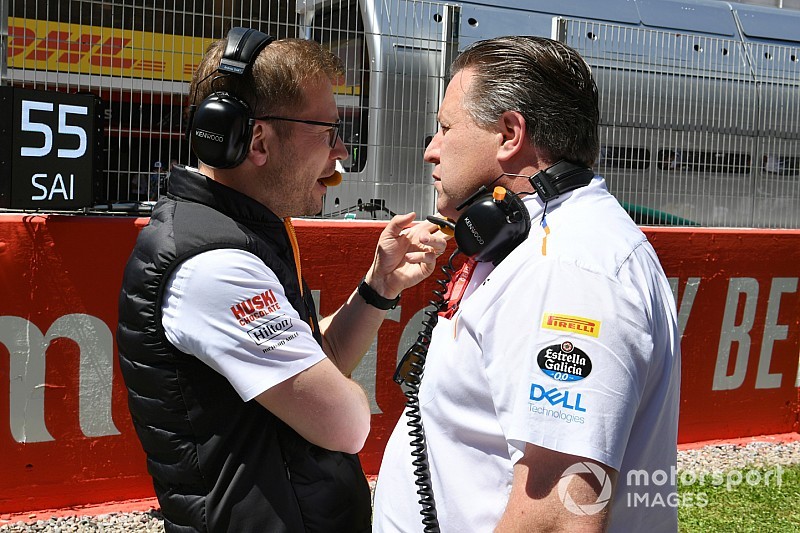 McLaren CEO Zak Brown insists he will not be taking a step back from his involvement in the Woking-based outfit, despite the arrival of Andreas Seidl as new team principal.

Seidl, who used to head Porsche's efforts in WEC, joined McLaren earlier this month and had his first race in his new role at the Spanish Grand Prix.

But while Seidl has been given responsibility for running the racing team, Brown says that does not mean that he will be lessening his own involvement in the outfit.

"No, no, no, I definitely don't take a step back," said Brown, when asked by Motorsport.com about how Seidl's arrival changes his role.

"It has always been the plan to bring in dedicated, exclusively focused leadership on the F1 racing team. We need someone waking up every day and making sure that the car can go as fast as possible.

"My job is a much broader remit to run the business, grow the business – so nothing really changes for me. I am just happy that between me, Andreas, [technical director] James Key and the promotions we have made, and the other people we've bought in, that I now feel from a personnel standpoint we've got our team in place.

"I am sure Andreas, once he gets stuck into it, will make his mark. I'm really pleased with the team we have on the field."

Brown is also clear that Seidl has been given a mandate to do what he thinks is needed to move McLaren forward.

"I think it is his racing team to run," said Brown. "He is a consultative team member type of individual, so he has got free reign to do what he wants.

"He has 100 percent of my support in that, but he is the type of individual who is going to consult and brainstorm and work with his team. He will not come in and just do things and I find out about them the next morning."

McLaren is currently fourth in the constructors' championship after making good progress with its car over the winter.

With the arrival of Seidl and Key this year, Brown thinks that gains should come quicker now.

"We've been trying to get back to the front for a while, we just haven't been very successful at it up until this year," he said. "We are now making progress.

"I think last year when we started making change that was the step forward, and Andreas joining is just another big step in that process."

Can Kubica repeat one of his best ever drives in Monaco return?

How Verstappen recovered from rock bottom