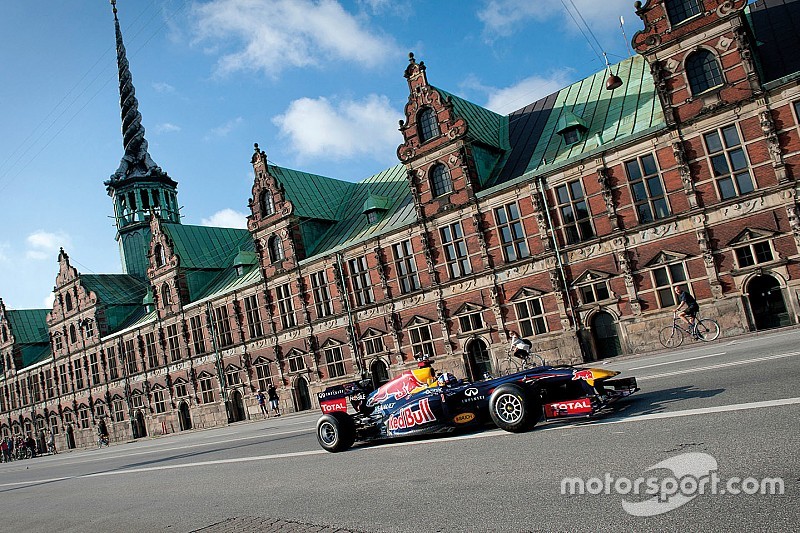 Denmark's push for a Formula 1 race now relies on an alternative to Copenhagen after the company promoting a grand prix in the capital was formally closed last month.

The project, which spent several million in Danish kroner on research and planning, was led by former government minister Helge Sander.

It gained support from the likes of the country's industry minister Brian Mikkelsen, who had said it looked "more and more realistic", and Lars Seier Christensen, the founder of former Lotus F1 team backer Saxo Bank.

Meetings with F1 bosses were said to be positive but the project suffered a major blow earlier this year, in September, when the Copenhagen mayor wanted it shut down because the city was not willing to fund the race itself.

Foreningen til fremme af Formel 1 i København – The Society For The Promotion Of Formula 1 In Copenhagen – was de-registered as a company on November 19.

According to Danish news agency Ritzau and the national edition of The Local, Sander said there is still national interest in a grand prix but it would have to be somewhere else.

"The positive vibe around Formula 1 has naturally caused other municipalities to react," said Sander.

"If a sufficiently interesting project emerges elsewhere in Denmark, it should naturally be tried, provided the relevant practical, sustainable and economic conditions are fulfilled.

"We had to take in the shock of that announcement [from the mayor], but we have to accept that right now it is not possible to arrange a Formula 1 race in Copenhagen, even though I have received positive messages almost daily since the mayor's announcement."

A track layout that had input from current F1 driver Kevin Magnussen's father Jan and favoured F1 circuit designer Hermann Tilke targeted using some of the best landmarks in the centre of the city.

Speaking to Motorsport.com's sister publication F1 Racing last year for a feature on the plans behind the event, Haas F1 driver Magnussen a home race had never felt like a reality.

"No one in Denmark would ever have believed something like this could ever happen," he said in late-2017.

"It's not even as if we'd finally have got something we'd wished for, because no-one has even been taking about it until recently."

The 100-race statistics that should alarm F1