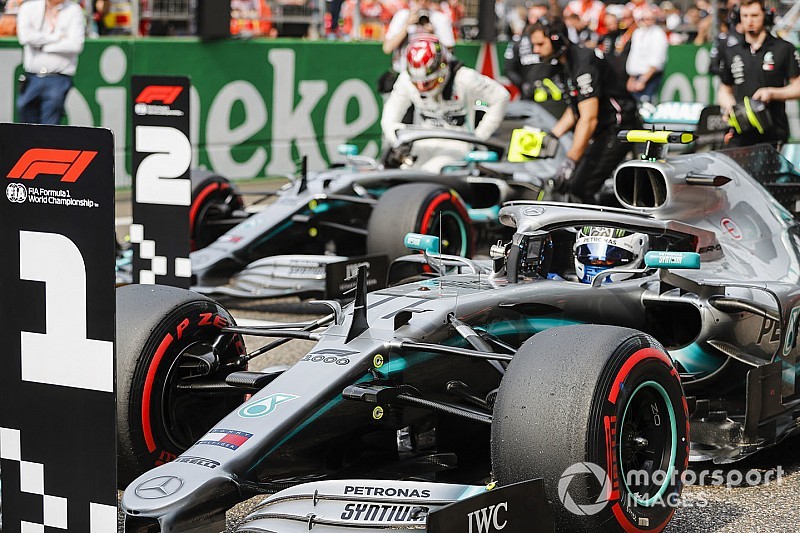 With Formula One looking into ways they can amend the show, would you support a switch to a four-stage qualifying session?

At the start of the season, it emerged that a four-part qualifying session was back on the cards for 2020, with discussions ongoing in the strategy group.

The idea behind it is to create additional uncertainty for the top teams, and it would add more opportunities for potential starting grid mix-ups.

The potential format could be that four cars are eliminated from Q1, Q2 and Q3, which would leave eight cars to battle for pole position. Additional discussions about forcing the top eight cars to start on their Q4 tyres have also been held.

However, this switch is not without protest. Teams have expressed doubts about having enough tyres to complete four qualifying sessions, unless additional sets are provided. Under the current regulations, it's not uncommon to see teams refrain from running in Q3 due to a desire to save tyres.

The existing three-session qualifying hour has been in place since 2006, with only minor changes taking place to either fine-tune the procedures, or accommodate other regulations such as mid-race refuelling.

For F1 fans, the most recent attempts to change the qualifying format will be fresh in the memory. Back at the start of the 2016 season, the 'elimination' method of qualifying was introduced, where drivers would be removed one-by-one from the session after 90-second time intervals.

It received widespread criticism due to the action often being concluded long before the end of each qualifying segment and, despite talks of maybe tweaking the system again, the format was reverted back altogether after two races.

This last attempt at dressing up qualifying was largely met with a "don't fix what isn't broken" response, and everybody involved in the decision-making is understandably cautious about making changes for the sake of changes.

Are you in favour of Formula One adding another segment to qualifying? Do you think qualifying needs to be changed at all? Leave your thoughts in the comments section below.

Russell gets why Red Bull juniors drive at "120 percent"