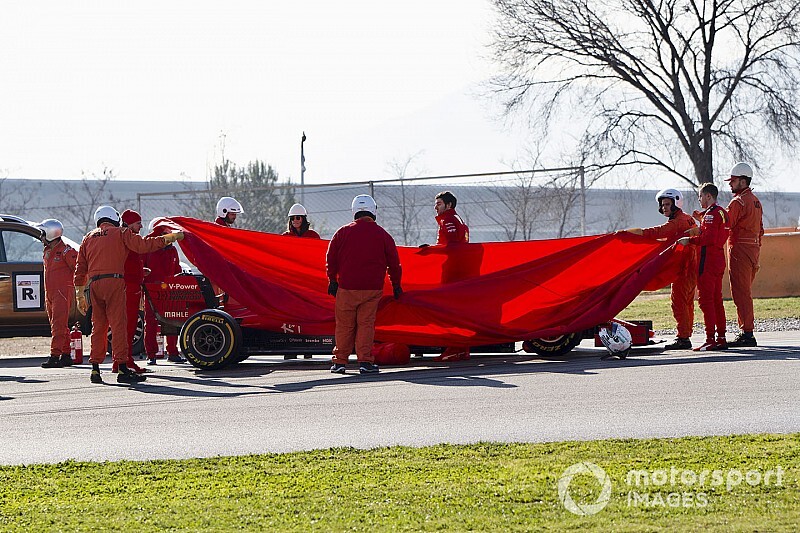 The Ferrari Formula 1 team has traced the engine failure it suffered in Barcelona testing last week to a lubrication system issue – and it says the problem is "not a cause for concern."

Sebastian Vettel stopped on track on Friday morning, and the Italian team lost valuable track time while the power unit was replaced.

The damaged unit was then returned to base for checking, and Ferrari gave an update on its findings on Monday.

The team noted: "The unit which had the problem last Friday has been stripped and checked in Maranello. The fault was traced to a non-structural problem with the lubrication system. It's not a cause for concern and work to correct it is already underway."

The problem, combined with a general lack of pace relative to rivals, led observers to suggest that the team still has a lot of work to do before Australia.

Ferrari has also made it clear that it expects to show more pace this week, noting: "Over the upcoming three days, the final session before the season starts in Australia on March 15, the team will start working on performance, while carrying out qualifying and race simulations."

Team boss Mattia Binotto said last week that the SF1000 will "not differ much" in Australia.

However, the team is believed to be running revised front and rear wings and engine cover this week.

Vettel will start the second test on Wednesday morning, with teammate Charles Leclerc taking over in the afternoon.

Vettel will have the SF100 to himself on Thursday, while Leclerc will run on the final day on Friday.

Vettel insisted last week that Ferrari had not planned to stretch the legs of the latest power unit at the first test.

"You can play around a lot with engine modes etcetera," said the German. "I think right now the target is not to prove the maximum power of the engine, the target is to do as many laps as possible. Obviously, we've done a lot in terms of mileage on the benches to make sure the car is reliable.

"I think then ramping up the engine and so on, it's probably not something you want to do in testing and certainly not to show everyone. So it's not on the agenda as far as I know."