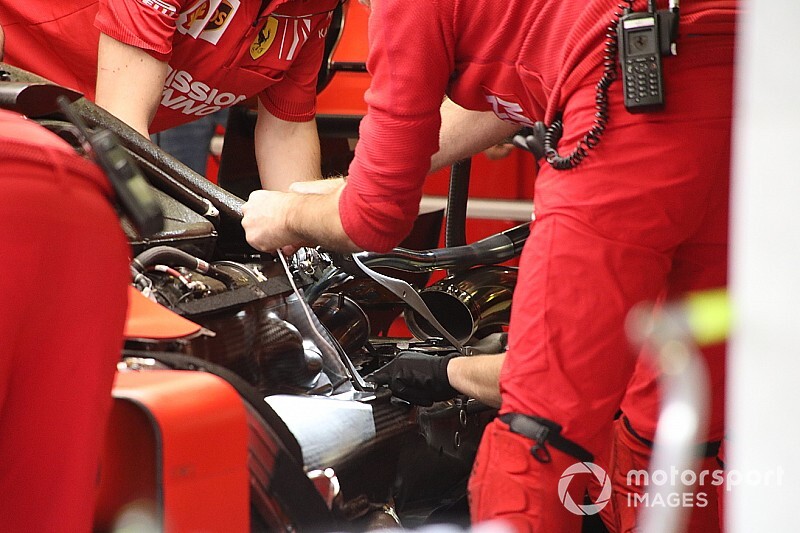 Ferrari says it would welcome a clarification from the FIA on the legality of its engine, after admitting it has got "annoyed" by recent speculation on the matter.

A number of teams have written to the FIA to seek clarification about design aspects of Ferrari’s powerunit that they want to develop but are unsure about their legality.

With an ongoing lack of clarity about the situation, there have been suggestions that rivals could now lodge a protest to get it sorted once and for all – something that Ferrari itself says it would also welcome to prove it is fully complying with the rules.

Red Bull motorsport advisor Helmut Marko says the FIA needs to clarify the situation, especially as he has no explanation for how Ferrari has such an edge.

“We're on Mercedes’ level in the race,” said Marko in an exclusive interview with Motorsport.com about Honda’s progress. “The only thing missing is the qualifying mode. This extraordinary performance increase of Ferrari is another topic.”

Marko suggests that the manner in which Ferrari’s engine stands out from the rivals – which has been described by one team source as ‘ludicrous’ - means that things need looking at.

“I'd rather not comment on suspicions. But when you look at the [power] curve and see how fast they are, it's amazing how an engine can stand out [like that]. Let's wait and see what happens there. The FIA has to clarify that.”

Marko’s calls for the FIA to clarify the matter has been welcomed by Ferrari team principal Mattia Binotto, who says that his team is not happy about the way rivals have behaved.

“I think there are two aspects,” he said in Austin. “First we are annoyed by the rumours because in the past, as people got a great advantage on the powerunit, the only reaction we had as Ferrari was simply to work even harder to improve our package. We never blamed them of cheating,

“I think other teams at the moment are faster than us in cornering. We are not blaming them in cheating in cornering, so I think I will be more happy if people focused on their own effort and developed their own car.

“On the other side we are relaxed because we know exactly what we are doing. We know we are legal and the FIA is controlling our package every single race. They are inspecting all the data that is available to them, and inspections have been made.

“So what should I say? Hopefully the FIA will clarify to everybody that what we have got is legal and we are not cheating.”

One interesting aspect about Ferrari’s engine performance is that it appears it cannot make use of all of its gain every lap, with peak power often only seen in qualifying or on specific laps of the race.

But Marko says that overall, Ferrari’s engine edge is there all the time.

“The effect is generally there, but they can't use it every lap,” he said. “You saw in Suzuka when Hamilton was challenging Vettel: DRS, slipstream, everything was useless. He wasn't able to pass him.”