Ferrari has revealed that the problem which cost Charles Leclerc his maiden Formula 1 race victory was down to his engine dropping a cylinder, and had nothing to do with an energy recovery issue. 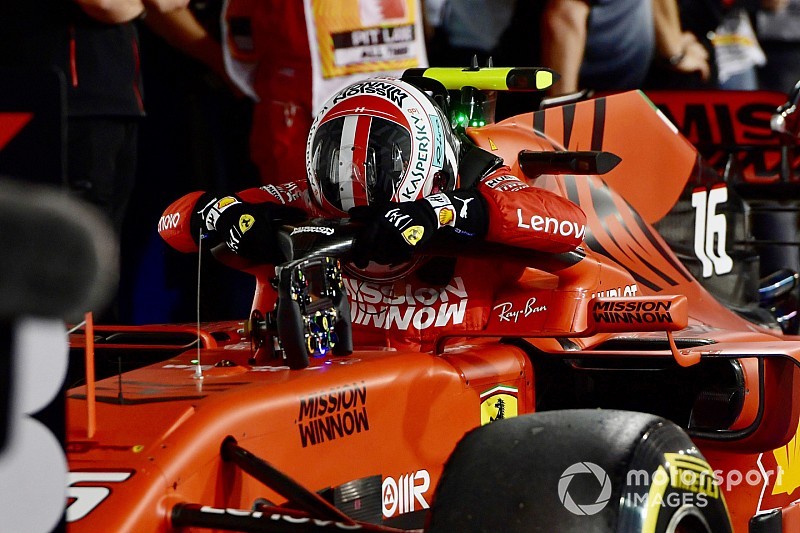 Leclerc looked set to take a brilliant win in the Bahrain Grand Prix but his hopes evaporated just over 10 laps from home when he lost power and was reeled in and ultimately passed by Lewis Hamilton.

Although radio messages that were played on television suggested he had lost his MGU-H recovery system, Ferrari team principal Mattia Binotto has clarified that the issue was solely related to the internal combustion engine.

Binotto said that investigations were going on right now to try to find the cause of the problem, with further checks to take place at both Maranello and in practice for the Chinese Grand Prix.

“We are checking now the engine so we do not have yet a clear explanation of what happened,” he said. “It is an engine problem. We had miscombustion on one cylinder but [the reason is] to be understood.

“The engine will go back to Maranello for careful checks because when something like this happens you need to take your time to do your checks carefully. But the engine was running at the end of the race so it is still able to run.

“We will use it certainly on the Friday in China and we have an entire Friday to assess its behaviour, its functionality and its performance.”

Asked about claims that the problem was related to the MGU-H, Binotto said: “I don’t know where the rumours came from. There was nothing wrong with the MGU-H.

“When something like that happens you try to move on the recovery in terms of any combustion control mapping that you may do, at least you try to change mappings.

"You try to see if there is any way to make it better. That was not the case today so we had to manage the race.

“It has been a brave decision to continue racing in those conditions. But at the end it was a third place that was important so finally probably the right decision.”

Binotto is confident that the Bahrain problem is an isolated incident and curing it should be simple.

“It is a single problem that will be easily addressed," he said. “It is not related to the way we are using the engine or the mapping or whatever.

"It has to be a single component failure that we will find out.”

More from the Bahrain GP: