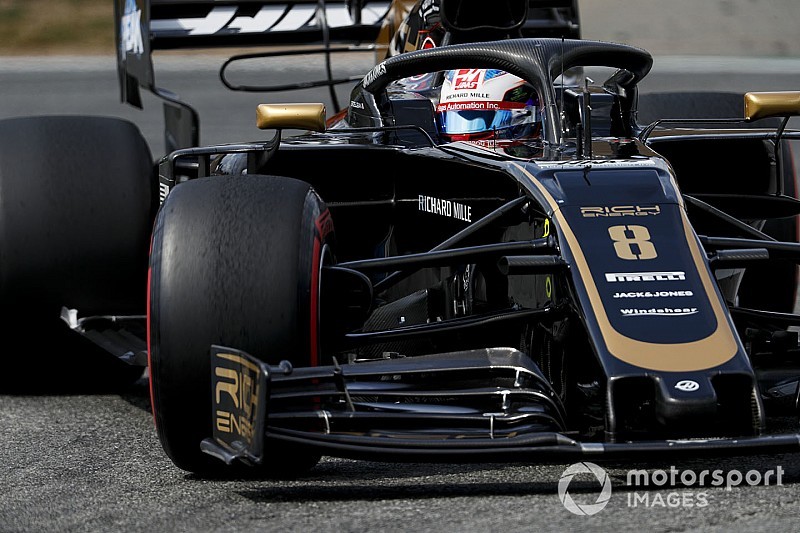 Haas Formula 1 boss Gunther Steiner believes that the team is getting closer to understanding its current problems.

At Hockenheim Romain Grosjean qualified sixth – helped by the problems for the two Ferraris – using the original Melbourne aero package.

Meanwhile his teammate Kevin Magnussen qualified 12th with the latest spec, having locked up on his second run in Q2, costing him a shot at progressing to the top 10.

However in the cooler conditions of FP3 on a circuit cleaned by overnight rain the Dane was fifth fastest and very happy with his car, confirming that to the team that track temperature is playing a critical role in its rollercoaster form in 2019.

"At least I think we are getting to a point where we understand what is happening," said Steiner. "I think we're getting in the right direction with what we're doing, so we have to do some work to analyse the problem. It obviously has to do with temperature

"You do different things on the car but then the temperature and the tyres work differently, and I'm going back to tyres because they have a very small window, and then you are out of the window and you are this much slower.

"If you look at the car I think we have a better understanding of what is happening, we just need to keep on top of it. We need to fix it, but at least we have an idea of in which direction to go.

"It's unbelievable that the car yesterday was seconds slower and now this morning was fifth fastest. I still believe we shouldn't have a tyre that works in such a narrow window."

Steiner admitted that it was still not clear which package is the preferred one, and that the split will continue at the next race: "First we need to understand exactly what is happening. Then we can find a solution. It looks like we are going to do that [in Hungary] to get more understanding.

"We need to be brave enough to say if maybe we've gone the wrong direction. You need to be honest, you can't say it's better just because it's new. Better is what goes faster. It's pretty simple."

Grosjean confirmed that temperature was playing a key role, and that the choice between the car specs was not a clear one.

"Yesterday I was very happy with very hot conditions, something we wanted to check and understand, and the whole package seems to be working very well," said the Frenchman.

"Kevin was not so happy with both packages yesterday [Barcelona and Hockenheim], but this morning he was flying in FP3 in cooler conditions.

"So I was like, 'Oh, maybe I should have gone with the newer car.' And then in qualifying it seems that it was kind of equal. It's quite impressive that a car is that old – it's not an old car in general, but in F1 you don't race in the normal time – is still capable of delivering good results. So it shows we know how to produce a car.

"Now we need to understand what is the difference between the packages and why Kevin was so competitive this morning and maybe lost some of the competitiveness, and maybe a fresh track was not so good with my car and the normal one was better.

"It's not an easy call because obviously that old one works really well. The race 11 one, why is it good, why is it not good? I think it's a good step from race five, Barcelona. Looks like the guys have done a good job in that region."

Magnussen admitted that the team still had a get a proper understanding of the impact of track temperature.

"It's a little bit hard to explain," he said. "But the main thing that follows as a trend is that yesterday was very hot, and this morning it was very cold.

"And the car just transformed completely, and actually became a really, really good car. Then in qualifying the temperatures went up a little bit again, and we took a step back. We can't say we understand why that is, but it seems to be a trend.

"When it's cold the car is phenomenal. It's really a completely different car. I think I said it on the radio too, it's insane how different the car is yesterday to today.

"The other car seems to be more consistent, whether it is cold or hot. At the end of the day it is not only my decision. We need to do what's best for the team. There's no secret I would like to go back to the old one if I could, just for pure performance. But we need to think a bit long term also."

Wolff expected Mercedes to be "much more competitive"

Wet German GP would be a step into the unknown - Pirelli