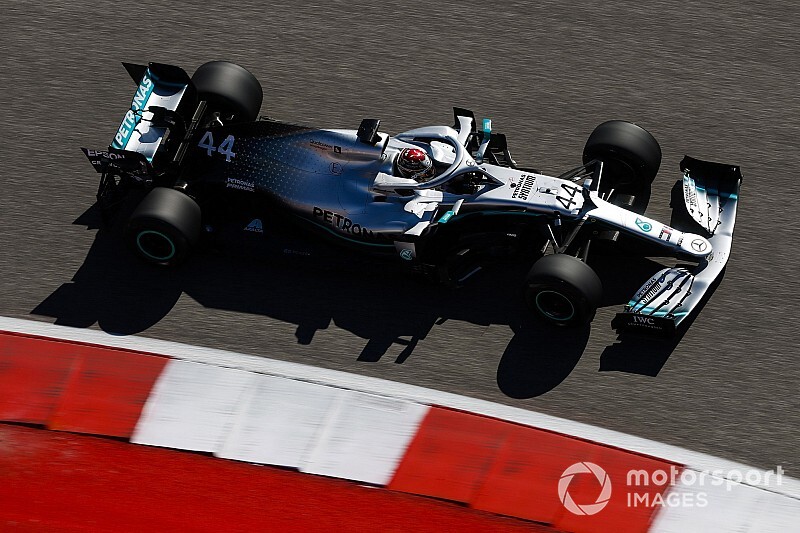 Mercedes Formula 1 driver Lewis Hamilton says he "was feeling horrible" after first practice at Circuit of the Americas, as the bumps gave him a "massive headache".

Hamilton needs to finish eighth or above to secure his sixth F1 world championship in the upcoming United States Grand Prix, and got his Austin weekend off to a strong start by setting the pace in Friday practice.

However, the champion-elect revealed he had endured a particularly tough time in the first of the day's two practice sessions, as the bumpy nature of the circuit left him feeling discomfort.

"After the first session I was not feeling good. It was the bumpiest track by far that I've been on. I had such a headache," Hamilton said.

"And for people to understand when we talk about bumpy tracks - bumps are not such a bad thing in some places, because it adds that character to a circuit - so I'm not a fan of completely smooth circuits. But this one is like massive, massive bumps.

"And the problem for me, for us, is that we don't have much suspension. It's usually your butt on the floor and your spine takes all the compression.

"So I was feeling horrible, I had a massive headache after P1, and had to lay down, was not feeling great."

Hamilton was among a number of drivers taking issue with how bumpy the COTA venue is this year, with Sergio Perez deeming it "just not acceptable" and Max Verstappen saying he was wary of back pain as a consequence.

Valtteri Bottas in the other Mercedes W10 likewise acknowledged the surface as an issue, admitting he's "never experienced a track this bumpy".

Hamilton says he "wasn't feeling as bad" in the second practice - which he topped - after Mercedes made some tweaks to his W10.

But the championship leader still has his "fingers crossed" for a more comfortable race, and has admitted that rival Ferrari cars have looked to be coping better with the surface.

"Today has been pretty hardcore. So, I'm sure they [the circuit] make changes for the future, but we just have to drive around it, everyone's in the same boat.

"When you look at the onboards, it's like the Ferrari just sails through - I don't know if they run higher [ride height] or they have a softer suspension, I'm not quite sure."

He concluded the team will "keep working on it" before joking: "I might have to put a pillow in my seat or something."