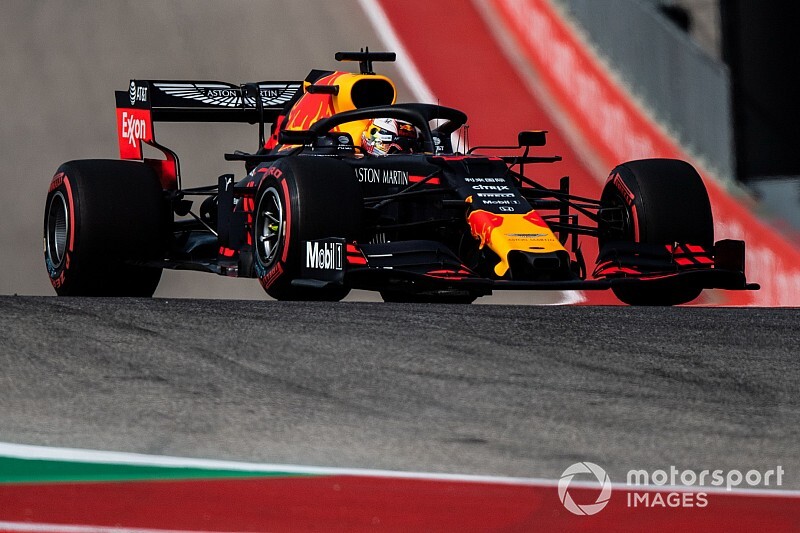 Red Bull boss Christian Horner thinks it essential that his team carries its current strong momentum in to the winter if it is going to have any hope of beating Mercedes and Ferrari in 2020.

The Milton Keynes-based outfit has made solid progress this season, its first with Honda power, and has won two grands prix with Max Verstappen.

But with its performance now regularly on a par with Mercedes, Horner is clear that it has to keep up that level of form and not fall back over the winter as it develops its 2020 challenger.

"This year was always going to be a transnational year with a new engine partner," he said. "I have to say all compliments to Honda with all the progress they have made this year with performance.

"I think we have made good progress throughout the year, we have had a couple of wins, we have achieved a couple of poles although only started on pole once, and we have been contender to win a few races this year.

"In Monaco we were very competitive, Hungary as well, we were in a position potentially to win that race, and here again we have been that competitive.

"So we are on the right trajectory. It is important that we carry the momentum into the winter and then into the beginning of next year."

Although stability of the rules for 2020 means there is little reason to believe Mercedes will not be as strong next year, Horner sees signs that things are closing up at the front – which could hint at a brilliantly tight battle.

"They [Mercedes] have had such a period of dominance, and congratulations to Lewis Hamilton on a phenomenal achievement with his sixth world championship," he said.

"They are the benchmark and it feels like the grid is concertinaing a bit. Usually a regulation change spreads it apart. It might be ironic that 2020 might be the closest year we have, with a three way battle, before everything changes for 2021."