On this day in 2005, Kimi Raikkonen powered away from pole position to take victory in the Monaco Grand Prix. This is the perfect moment to dig deeper in to the ‘Iceman’s’ F1 career and see how his statistics add up. 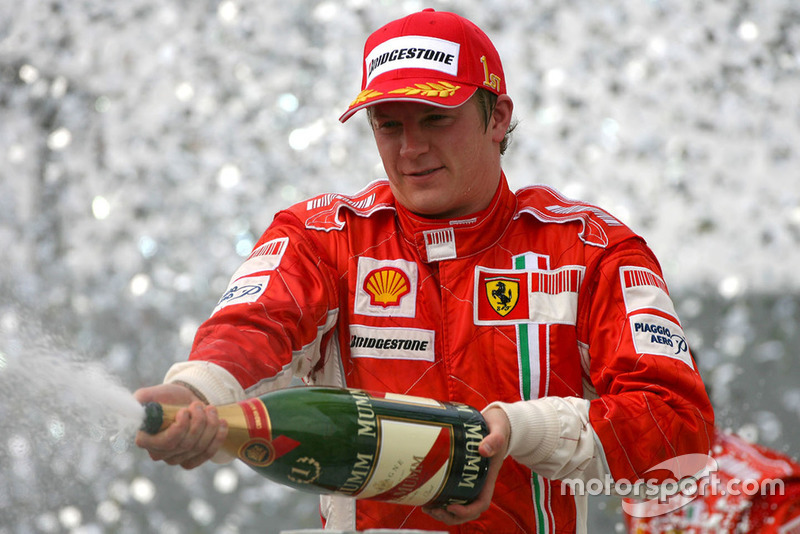 Kimi Raikkonen celebrating his title on the podium at the 2007 Brazilian GP.

Raikkonen is one of 33 world champions in the history of F1. He won his only title in 2007 when driving for Ferrari during a season that delivered a close battle between himself and McLaren duo Fernando Alonso and Lewis Hamilton.

The title wasn’t decided until the final race of the season in Brazil, where he finished with just one more point than Hamilton and Alonso.

Although McLaren threw away great opportunities with both its drivers that year, Raikkonen won the most races (six), he had the same amount of podiums as the McLaren drivers (12) and shared the tally of the most fastest laps (six) with teammate Felipe Massa. 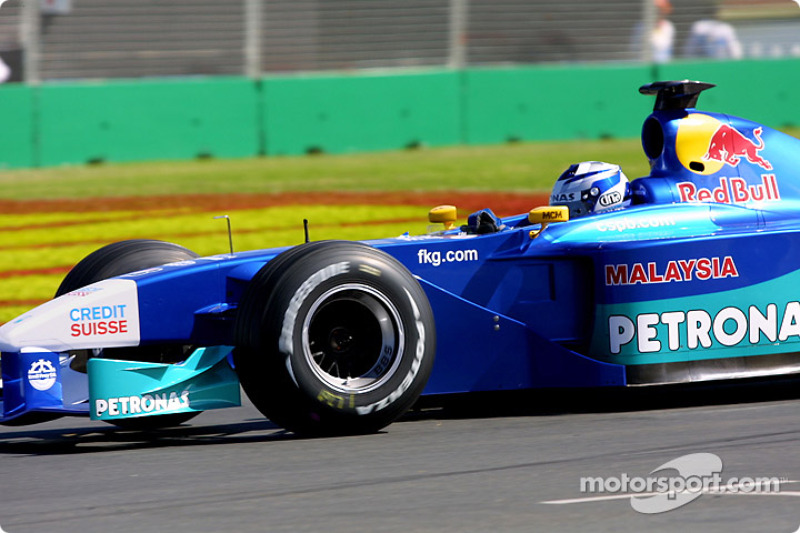 Kimi Raikkonen in his first GP with Sauber at the 2001 Australian GP.

During his time so far in Formula 1 between 2001 and 2019, Raikkonen has started in 312 grands prix, which is only 10 less than all time record holder Rubens Barrichello.

His first race was the 2001 Australian Grand Prix, in which he drove for Sauber. Kimi qualified 13th, he finished the race in seventh but was classified sixth after a 25 second penalty for Olivier Panis after a yellow flag infringement. 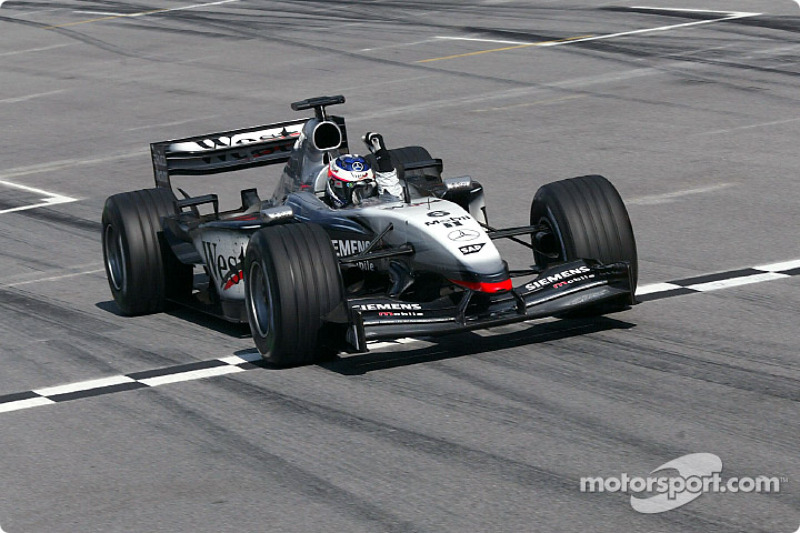 With his 21 wins, Raikkonen is ranked 15th in the current all-time ranking, one less than Damon Hill and one more than Mika Häkkinen.

His first win came at the 2003 Malaysian GP when he drove for McLaren-Mercedes. Kimi’s first win wasn’t expected that day in March, because he only started from seventh on the grid.

But after lap one he was already up to fourth. A crucial overtaking move on Nick Heidfeld for second on lap three, plus good tactics by the McLaren team, gave him the first of his current 21 win trophies. 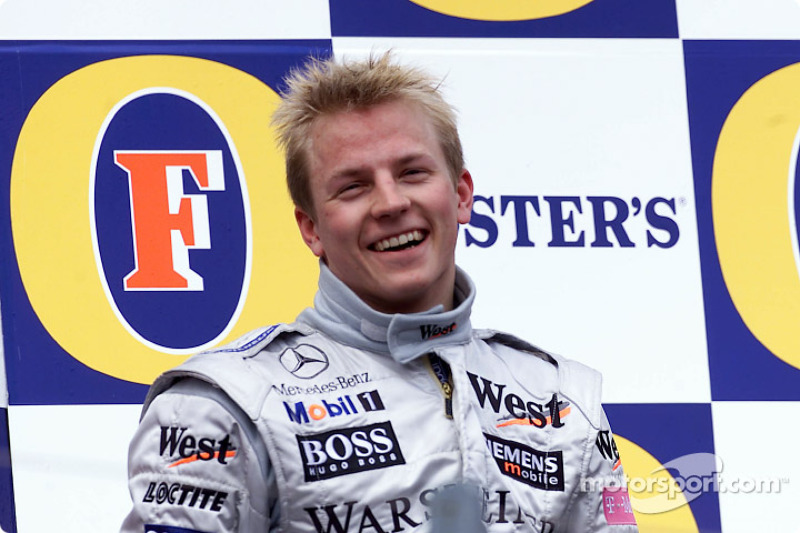 One of Raikkonen’s most impressive stats is that of his 103 podiums, which means he has stood on the podium in more then 33% of his F1 races. He’s also in the top five podiums finishers of all time, only three less than four time world champion Alain Prost.

Not that the Finn cares about stats, but there’s no one near him from the current F1 grid that will push him out of that top five. The closest is Valtteri Bottas in 17th, with only 45 podiums. 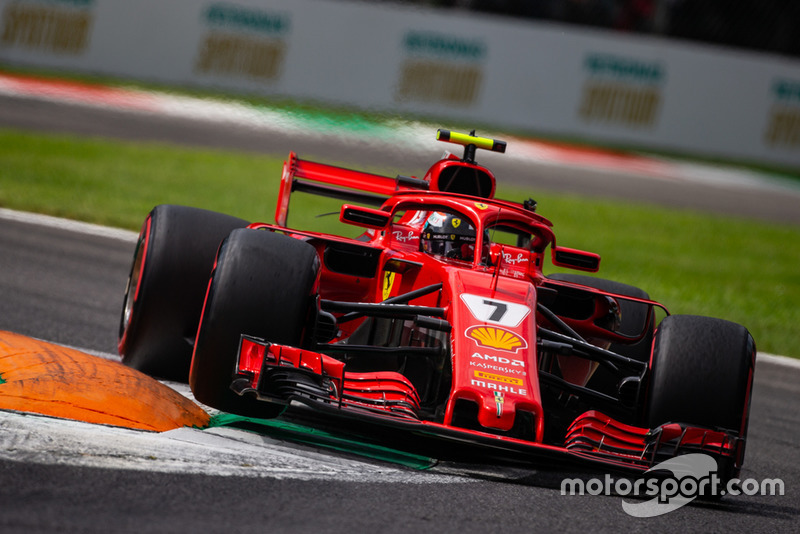 Raikkonen’s last pole position was at the 2018 Italian GP

Raikkonen has started 44 times from the front row of the grid, and 18 of those have been pole positions.

He’s got the same amount of poles as Mario Andretti and Rene Arnoux, and the trio sit 15th in the all-time ranking. Bottas (with 11 poles) is the closest driver that could overtake them.

Raïkkonen's 18th pole position was at the 2018 Italian Grand Prix with Ferrari. He led the most laps in the race but lost out to Lewis Hamilton and the Mercedes strategy. 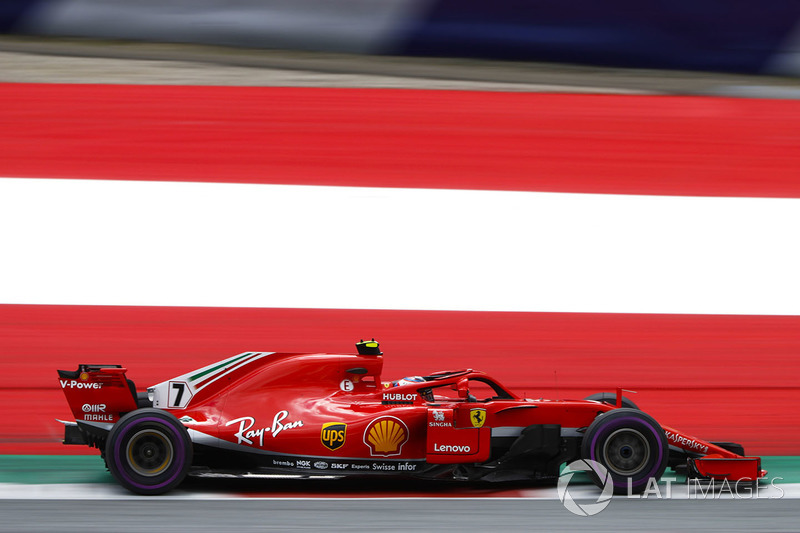 With his 46 fastest laps, Raikkonen is ranked third in the all-time list with only Lewis Hamilton and Michael Schumacher in front of him. Sebastian Vettel has eight fewer fastest laps than Raikkonen, and perhaps he could catch his former teammate this year.

His most recent fastest lap came at the 2018 Austrian GP in his Ferrari SF71H. He finished second in the race after starting from third. 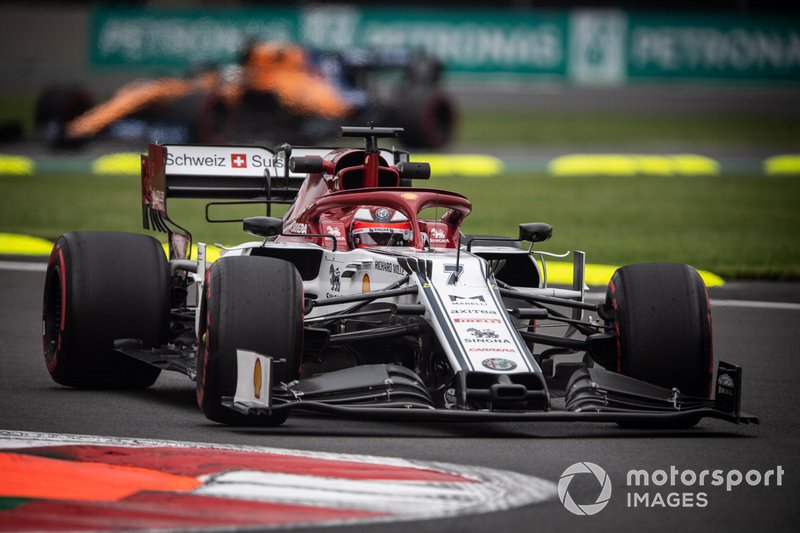 Raikkonen could have easily won more races, had things panned out slightly differently. He has led 83 races so far, putting him seventh on the all-time list and just one race lead behind Alonso and Prost - both with far more grand prix wins than him.

Out of the , there are three races he retired while in the lead because of mechanical problems.

Whether he gets another opportunity to add to that tally remains to be seen, and much will depend on how much progress Alfa Romeo can make and how much longer he chooses to continue in F1.

Brawn: F1 will be in a "great place" in six months