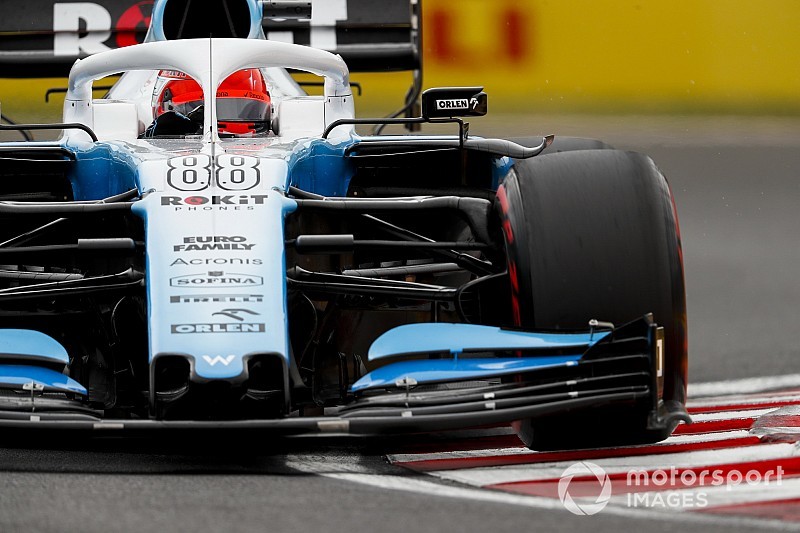 Robert Kubica resorted to "desperate moves" during Hungarian Grand Prix qualifying but could not "do much more" after lapping 1.3 seconds slower than Williams Formula 1 teammate George Russell.

While Russell emerged as one of the stars of qualifying at the Hungaroring, narrowly missing out on a first Q2 appearance as Williams enjoyed its most competitive session of the season, Kubica struggled and will start the race last.

Kubica has qualified slowest at every race so far in 2019, but is not sure why he suffered the lack of grip that he believes has triggered such a big deficit to Russell in Hungary.

"In the end the gap was pretty big, but it was big even before qualifying, in FP3," admitted Kubica.

"I was actually quite happy with the balance and everything but the pace was not there, I was struggling with the grip. For the last part of qualy I tried a few things, just desperate moves.

"I was pretty sure that they wouldn't work, but the gap was so big. They didn't work at all. But even if I had kept everything the same it would still have been quite off the others."

Kubica reported he was "quite happy" with how he drove in his first and second runs in the first part of qualifying, claiming he "drove up to my limitations, and my comment was that I cannot do much more".

He explained that he struggled with both the front and rear of the car sliding, which could suggest that he is struggling to get his tyres into the optimum working window, as Russell believes he has made a significant step forward with his understanding in this area this weekend.

Asked by Motorsport.com if he would expect to find something fundamentally wrong with his car with such a deficit, Kubica said: "There's no roll-bar or ride height change that can give you one second.

"It's a question of putting things together. It's not the first time this year I'm one second off the pace.

"It doesn't matter if it's six tenths of 1.3s, the outcome doesn't change. The difference is that sometimes we get this lack of grip and we need to understand the reasons."

Kubica added that comparing his feeling after qualifying to Russell was irrelevant because of the size of the gap.

He quipped: "It's like eating a three-star restaurant dish and one I've prepared. I'm not a good cook! You will not feel the same."

How Mercedes drivers have gone different ways on start systems

Ricciardo to start Hungarian GP from back of grid