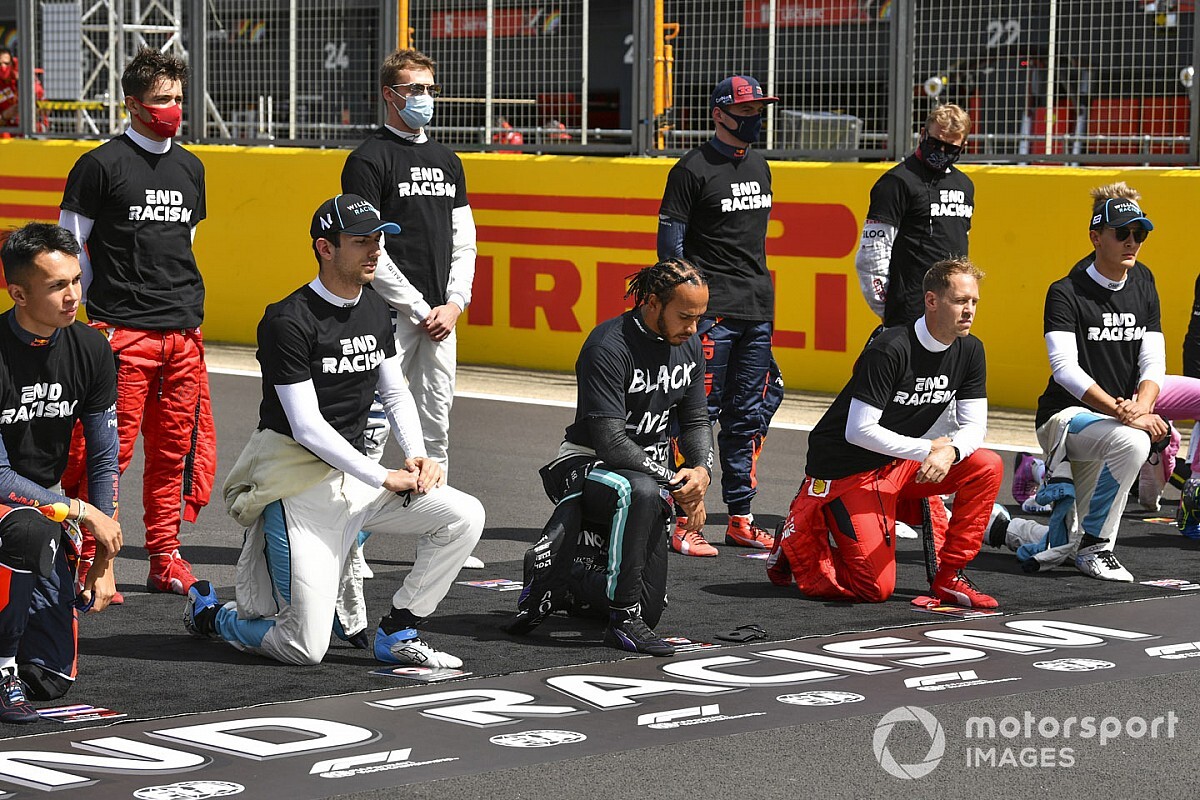 Charles Leclerc has hit out at those suggesting he is being racist for refusing to take a knee before the start of Formula 1 races.

The Monegasque is one of a few drivers who has declined to kneel down during the anti racism protests because they don't feel comfortable doing so – even though they all fully support the campaign.

Leclerc explained his stance in a recent interview with Gazzetta dello Sport – where he said he does not want to kneel because some anti-racism protests have been associated with violence.

"I'm against racism, I fight it and I'm glad F1 is using its platform to show the world the right way," he told the newspaper.

"But I didn't want to do that because there have been many protests all over the world associated with violence, and I don't accept any form of violence. And I don't like a civil protest to be used by politicians."

His comments have been twisted by some to suggest that he does not back the anti-racism push or was against the Black Lives Matter movement, something he has angrily hit back at.

In a series of tweets posted on Thursday, Leclerc wrote: "It is very sad to see how some people manipulate my words to make headlines making me sound like a racist. I am not racist and I absolutely hate racism. Racism is disgusting.

"Stop putting me in the same group as these disgusting people that are discriminating others because of their skin colour, religion or gender. I'm not part of them and I never will. I've always been respectful to everyone and that should be the standard in today's world.

"And to whoever is using my image to promote their wrong ideas, please stop. I'm not into politics and I don't want to be involved in that."

Asked in an official press conference on Thursday about why he had felt the need to speak out, Leclerc said he has got frustrated at people accusing him of being something he was not.

"I just don't want to be judged anymore," he said. "As I have said many times, I am quite active on social media and I do not accept to be called the way I have been called in the last few weeks, negatively obviously, just because of not kneeling.

"That's it. I just wanted to make a straightforward tweet just to express my feelings and that is it."