McLaren technical director James Key thinks there is enough freedom in Formula 1's 2021 rules to allow a big shuffle in the pecking order behind Mercedes. 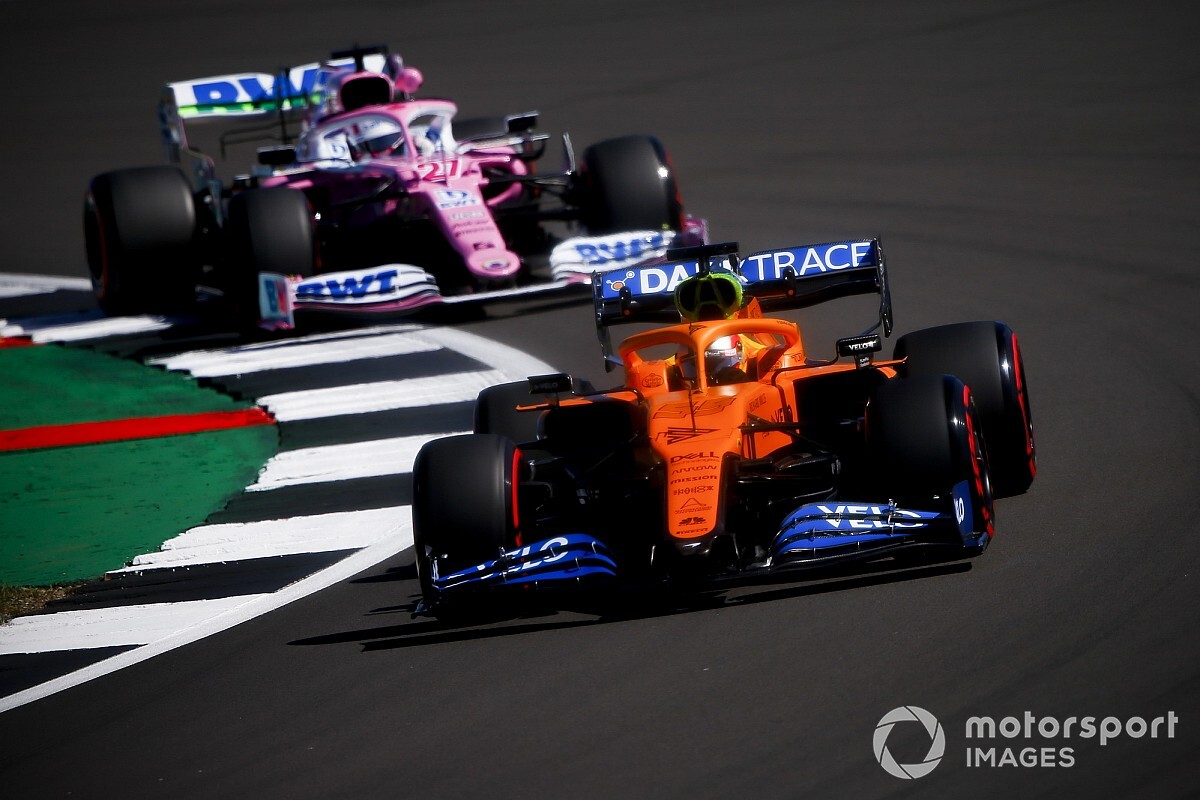 While Formula 1 teams are limited in terms of major car changes for next year because of a chassis freeze, there remains plenty of scope for progress with aero updates.

And with McLaren appearing to be locked in a tight pack of cars behind Mercedes and Red Bull this year, Key senses a good chance for his team – especially with a switch to Mercedes engines - to shuffle up the order.

“I think there's opportunity,” he said. “From a chassis point of view, even though the mechanical side of these cars is frozen, the aerodynamic side is pretty much all free still, and there is a regulation change regarding just knocking out a bit of downforce to support the tyres for the third year. That opens up new avenues that perhaps we haven't gotten out.

“Other than Mercedes who, absolutely hats off to them, they keep year-on-year finding new steps and they're doing an amazing job, behind them it's all very, very close now.

“That does give opportunities to maybe take a step forward. It gives an opportunity to take a step backwards as well of course, but I would say the pecking order just behind Mercedes is a little bit up for grabs either way at the moment for next year. There's enough freedom in the regs to do that, I would say.”

McLaren is the only team making an engine change next year, when it switches from Renault to Mercedes power units.

With Mercedes currently the benchmark power unit on the grid, the change could deliver an added boost beyond any aero gains.

But Key said it was too early for his team to have calculated just what kind of leap his team could expect from the Mercedes move.

“I couldn't say at this point because I don't know what the data will look like for a 2021 Mercedes,” he said “Clearly they've always been kind of industry standard or leaders with power units right from 2014, when they were on the front foot.

“They've done an outstanding job, so it's exciting to go to them. But equally Renault have done a great job for us too over the past couple of years and performance levels really between the power units are pretty close.

“I guess we'll see what what the loads look like and whether there's any sort of additional potential performance in that compared to what we're used to or not. We don't know yet.

“It'll be good to see that data when it's available. I think the '21 engine is still in progress at the moment so we're not going to see that for a while.