McLaren boss Andreas Seidl says it "sucks" that his team’s 2020 Formula 1 car’s form is so impacted by wind sensitivity issues. 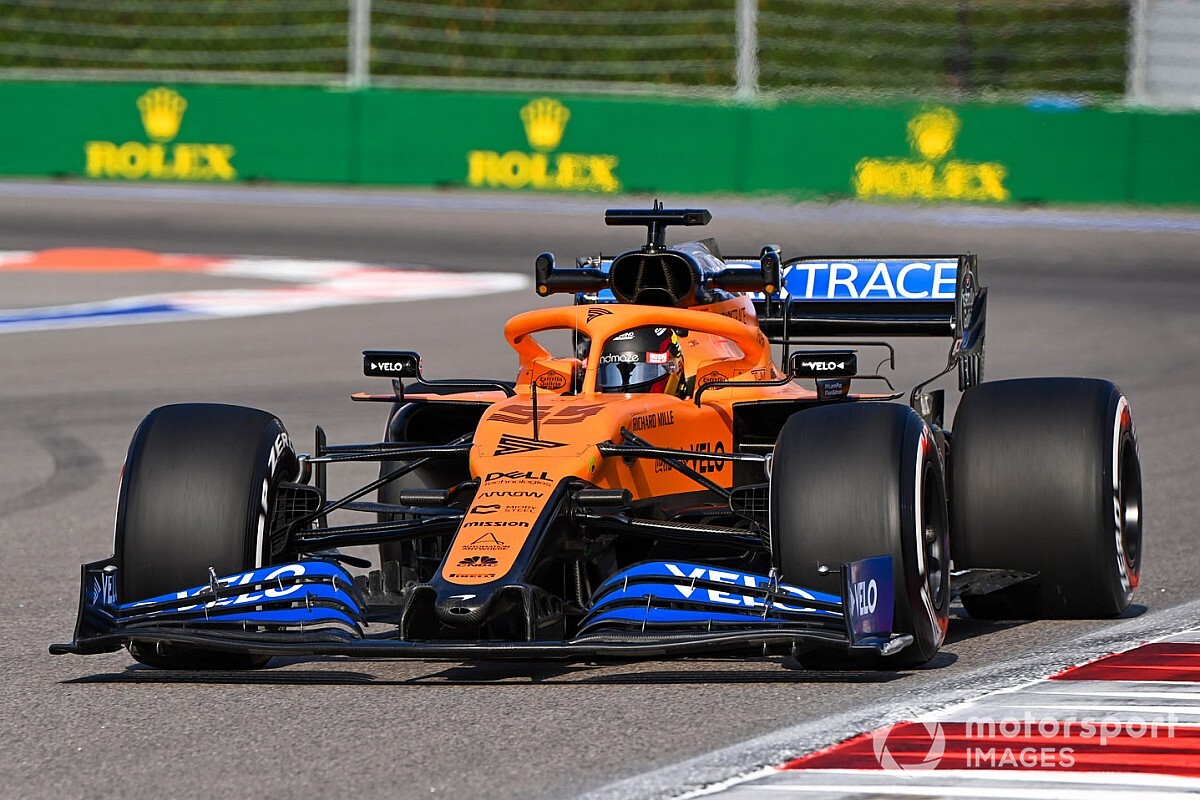 While the MCL35 has been strong enough to help McLaren currently sit third place in the constructors’ championship, the team’s season has been impacted by the weather.

In particular, both Carlos Sainz and Lando Norris find themselves struggling to get comfortable with the car if there is a strong tailwind – especially in qualifying when the time gap between cars is so close.

Sainz said recently that the problems with the wind were behind the difficulties McLaren faced at both Mugello and Sochi.

Reflecting on what happened at the Russian GP, Sainz said: “We had a lot of tailwind in Sector One, and all of a sudden our car was not any more in the sweet spot. And we were suffering a lot more with car balance issues."

He added: “I don't like speaking a lot publicly about the issues that we have in our car, but we do know we have a wind sensitivity [issue], and we do feel like it affected us quite a lot in Mugello.

While the team is pinning hopes of progress on an aero package that will be based around its new nose concept, Seidl said that technical director James Key and his team would be trying to address the wind sensitivity problem.

“I definitely don't want to accept it, and it's something we have seen already last year,” said Seidl. “I think we made a step forward with this year's car, but it's obviously still something which is quite high up the list on James's side, in terms of making further improvements.

“As we have seen [in Russia] it can quickly change our car from being a very competitive car to a car that is less competitive, which sucks.”

Getting on top of how changing gusty wind conditions can impact downforce is a complicated matter for teams to solve, but Seidl said McLaren was giving it some priority.

“It's easy to see the problem, but it's obviously a very complex topic to solve,” he said. “But again, it's quite high up the list on the topics to address on James's side. And that's what we are working on.”

Vettel on Ferrari failure: 'Some fights I shouldn't have picked'