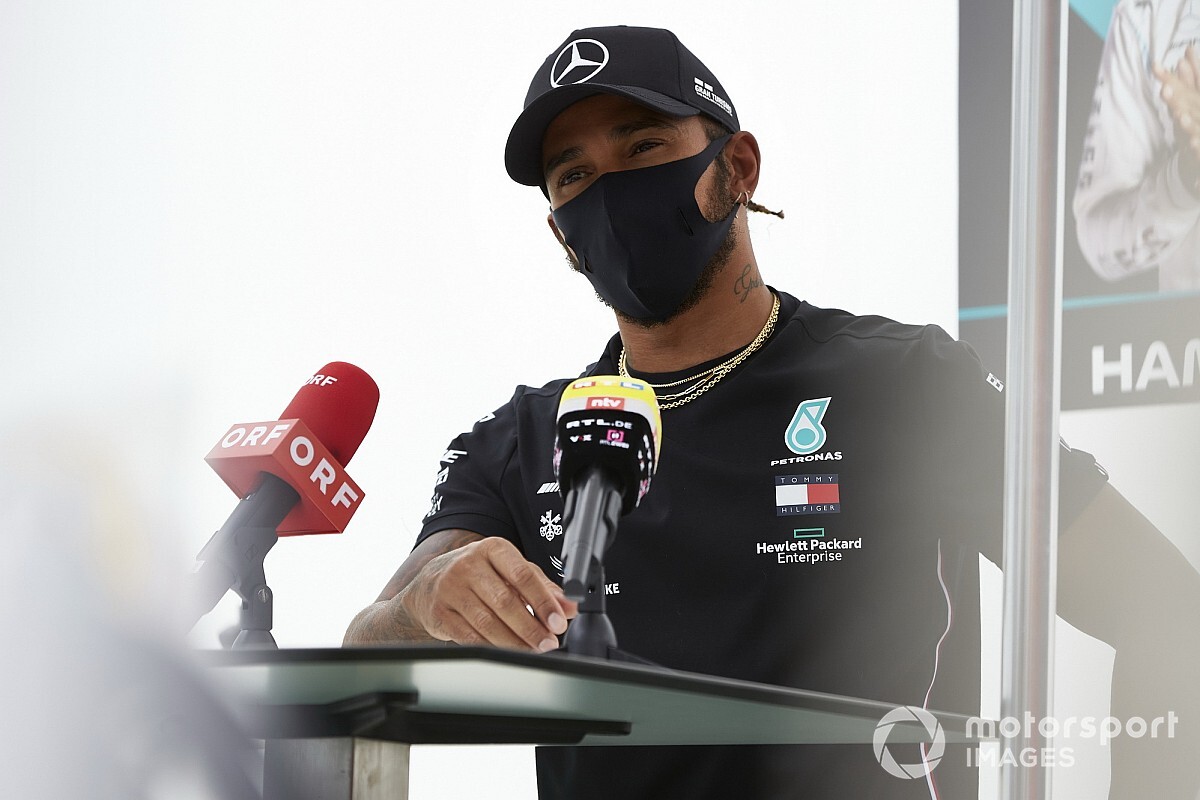 Mercedes Formula 1 boss Toto Wolff says that the team is "in the dark" after Lewis Hamilton had a frustrating FP2 session at the Styrian GP in which the world champion's car was "all over the place."

Hamilton finished the session in sixth position, over 0.6s slower than his teammate and Austrian GP winner Valtteri Bottas, who was just edged out of top spot by Red Bull's Max Verstappen.

The session was approached differently by teams because rain is expected to wash out Saturday's action, and if qualifying can't then be held on Sunday morning, the grid will be formed with FP2 results.

Wolff said that the team hadn't gone for the full qualifying mode with its power unit, but turned the engine up more than it normally would on a Friday.

"It wasn't full attack, but it wasn't half attack either," Wolff told ORF. "We already added a little bit more. Let's say, we drove on a performance level that we normally don't drive on Friday.

"We are a bit in the dark, especially with Lewis' time. There's a problem with the car.

"At the moment we don't know. The car is just all over the place in the slow and medium fast corners. But we have data channels for everything, and you have to take your time to look at that."

Asked what the team had up its sleeve for qualifying, Wolff said: "Not so much anymore. Compared to last week Verstappen has improved, and especially the Racing Points have really improved.

"Everyone else is slower, just like us. But there is a lot of thinking and data to collect to see where the performance is."

Hamilton said he had no explanation for his struggles in the afternoon session.

"That I don't know, I can't really say anything," said the world champion. "It felt relatively normal, but it was quite far off, so there's a lot of work that needs to go on in the background to try and figure out why.

"I was feeling good in practice one and the start of P2 felt pretty good, and then it just started to drop off. Others out there are quick, and Valtteri's obviously got good pace. Hopefully tomorrow it will be a bit better."

Regarding FP2 potentially forming the grid, he said: "It will suck if we don't get to qualify, because it wasn't great, I'll be starting further back than even last week, so it will definitely make it challenging. I'm trying to do the dry dance, if there's a dry dance to make sure there's no frigging rain for Sunday."

Hamilton agreed that the field is closer than last weekend.

"It seems so, but you never know what's happening in practice. It does seem that the others are getting pretty quick, or we have slowed down, one of the two.

"As I said we've just got to do some work. I hope we can drive when it's raining, it's fun out there, so hopefully we can still drive in the rain."