Mercedes: Engine power not our only shortfall 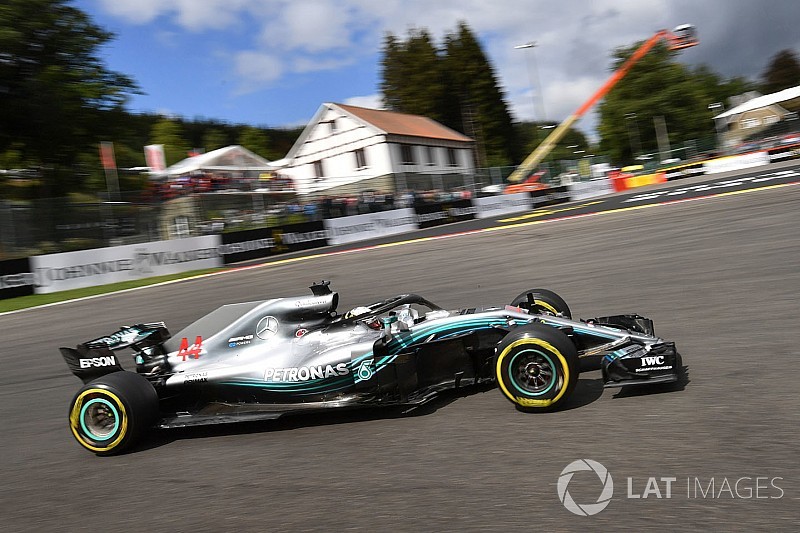 Mercedes believes that "many" deficits it has with its Formula 1 car are behind Ferrari's current performance advantage.

On the back of Sebastian Vettel's crucial victory in Belgium, on a track where Mercedes has traditionally been strong, Ferrari's title hopes have been reinvigorated and it heads to this weekend's Italian GP as favourite.

Although much focus after the race was on the straightline speed advantage that allowed Vettel to blast past Lewis Hamilton on the opening lap, Mercedes think there are a number of key areas where the team is behind its main opposition.

Mercedes boss Toto Wolff said: "When I look at the race I see many deficits. We are a strong team but there are deficits that are obvious and cause us not to perform as we expect."

Pushed to explain the areas where he felt Mercedes was behind, he said: "You can see the deficits. It is the slow speed, and it is the traction. And this is what I would summarise as the main weaknesses at the moment.

"Plus clearly, compared to the Ferraris and the Red Bulls and the Force Indias, [we were] the car that was cooking the tyres the most."

Wolff is clear that what he calls an "innovative" Ferrari remains ahead in the power stakes after both introduced their latest engine upgrades at the Belgian GP.

He was also eager to play down talk that a reference Lewis Hamilton made to 'trick things' was not a suggestion of Ferrari doing anything untoward.

"They [Ferrari] have a power advantage," he said. "We saw that in qualifying that their power advantage is on various parts of the straight, and you can see that even if the exits are worse than ours, their engine keeps pulling,

"That is nothing that could be a trick. It might also be related to how you run the engine, how you calibrate it. But in the same way, they derated earlier in qualifying than we did.

"So yes, we can see that they have a slight power advantage and then you add that to our weaknesses out of Turn 1 especially, and that causes the double whammy. If you aren't very good on traction and you are being outperformed slightly on power then lap one happens."

Although Mercedes can not now introduce any major engine hardware changes without taking a grid penalty, Wolff believes there is still scope within the regulations to close the power gap to Ferrari.

"It is all about understanding your power unit and calibrating, extracting all of the performance out of the software, the fuels, the oils and optimising the whole way you run the engine. That is something which doesn't involve the hardware and this is an ongoing process. So the answer is yes you can find performance.

"There is no silver bullet. We won't find any performance that is suddenly going to add three tenths to the car, or to the engine, and we disappear into the sunset."

Mercedes is planning to introduce an aerodynamic update for this weekend's race in Monza.