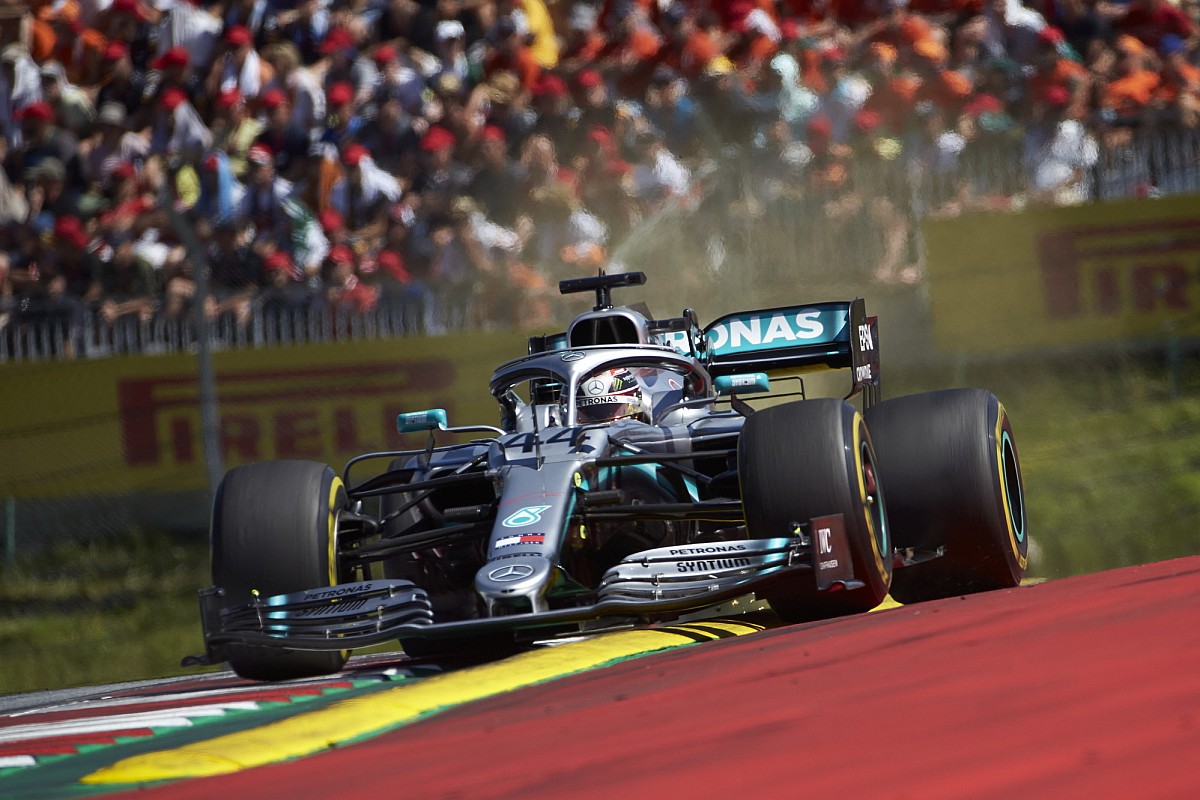 The Mercedes Formula 1 team is opposed to a fresh push to experiment with reverse-grid qualifying races when racing resumes – and, unless the team changes its mind, the initiative won’t go ahead.

Unanimity among the 10 teams is required for the plan to be voted through and then approved by the FIA World Motor Sport Council. A formal vote will take place next week.

Reverse grid races have been discussed regularly over the past couple of years, and having run simulations most teams were opposed. However, the concept came into play again during an online meeting of team principals, the FIA and F1 last Friday.

With the longer-term financial and technical rules now settled, the Friday meeting focussed on plans for the initial eight-race European calendar that starts in Austria next month, and how behind closed doors events will operate.

Reverse grids are an attempt by Liberty and the FIA to add interest to the second race weekend at the same venue at a time when TV companies have questioned the value of the double-header races. They are also seen as a trial for possible more extensive use in 2022.

Various formats were discussed in Friday’s meeting, and the consensus was that a definitive version should be compiled by the FIA. That was sent to team bosses on Saturday for further evaluation.

The idea is that a 30-minute qualifying race would replace regular qualifying on the second weekend, with the starting order based on the current championship order. After the race, the cars would be kept in parc ferme.

The rest of the weekend would run as normal, with the regular FP1, FP2 and FP3 sessions. Grid penalties such as those for a gearbox change after FP3, will be applied to the main race on Sunday.

In the case of the July 5 and 12 races in Austria, the grid for the qualifying race on the second weekend will obviously be based purely on the finishing order in the opener – which means that a frontrunner who retires early in the first race will still start gain an advantage for the second. At later events, a more representative championship order will have emerged.

At the moment the only other double header definitely planned is at Silverstone, which in theory will host the fourth and fifth rounds, following the two races in Austria and one in Hungary.

However a double-header in Bahrain in November/December has also been discussed, and there remains a possibility that some European venues may be revisited later in the season for a second or third time if flyaway events can’t take place.

Although the FIA introduced a “60% rule” to ensure that major rules changes go through during the COVID-19 crisis with up to four teams opposed, the reverse-grid plan is not considered as an urgent priority, and hence unanimity is required.

It’s believed that while the majority of teams gave a clear yes to the plan on Friday, including Ferrari, Mercedes made its opposition clear, while some other teams said they also needed more time to consider it.

An urgent decision is required early this week because there is a meeting of F1’s sporting working group on Wednesday, where detailed rules could be discussed by the team managers.

Mercedes is understood to be against the idea for the obvious reason that the form book suggests it will be the pacesetter when racing resumes, and the team is opposed to gimmicks being introduced to the sport.

The team has already accepted one form of handicapping in terms of the new aero R&D rules, which will create a sliding scale with the less successful teams able to conduct more work.

The definitive European calendar is due to be officially announced on Monday, although there is nothing listed after Italy on September 6.