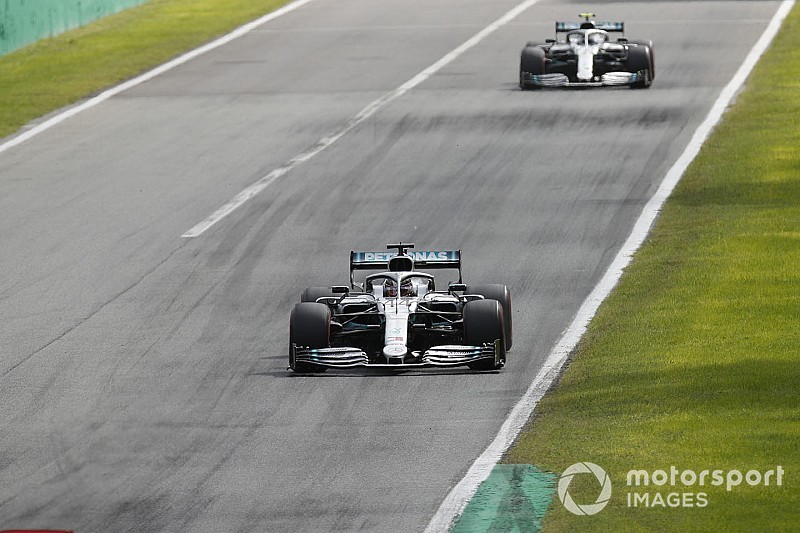 Mercedes boss Toto Wolff says his team was not forced to hold back on engine modes in its fight against Ferrari at the Italian Grand Prix, despite the reliability concerns that have surrounded its Phase 3 engine.

The latest development power unit at the German car manufacturer prompted some concern when it was introduced in Belgium, with both Sergio Perez and Robert Kubica suffering problems with their customer units.

Mercedes admitted ahead of the Italian GP that it was "unknown" if the team would be comfortable enough to unleash the full potential of the new powerunits because of worries about hitting fresh issues.

Following a race where Ferrari’s power advantage was clear to see, with both Lewis Hamilton and Valtteri Bottas unable to stay with the race-winning Charles Leclerc on the straights, Mercedes confirmed it had given all it could in power terms.

“No, we were not holding back on engine modes any more,” said Wolff, when asked by Motorsport.com if the team had had to operate its engine more conservatively.

“We ran the engine as planned. I'm really happy we made it to the end, with all the burnt Phase 3s.”

Ferrari’s straightline speed advantage has been helped by its car being aerodynamically efficient, but Mercedes is well aware that its Maranello-based rival still enjoys an edge in power terms.

The gains that Ferrari has made with its engine in recent years have sometimes confused Mercedes, but Wolff says that his team now understands what needs to be done to turn the situation around for next year.

“We have a pretty good understanding I would say,” he said. “And we have to close the gap.

“Obviously an understanding is a good first step to then try to close the gap. But we've got Monza out of the way. Now, it's about looking ahead.”