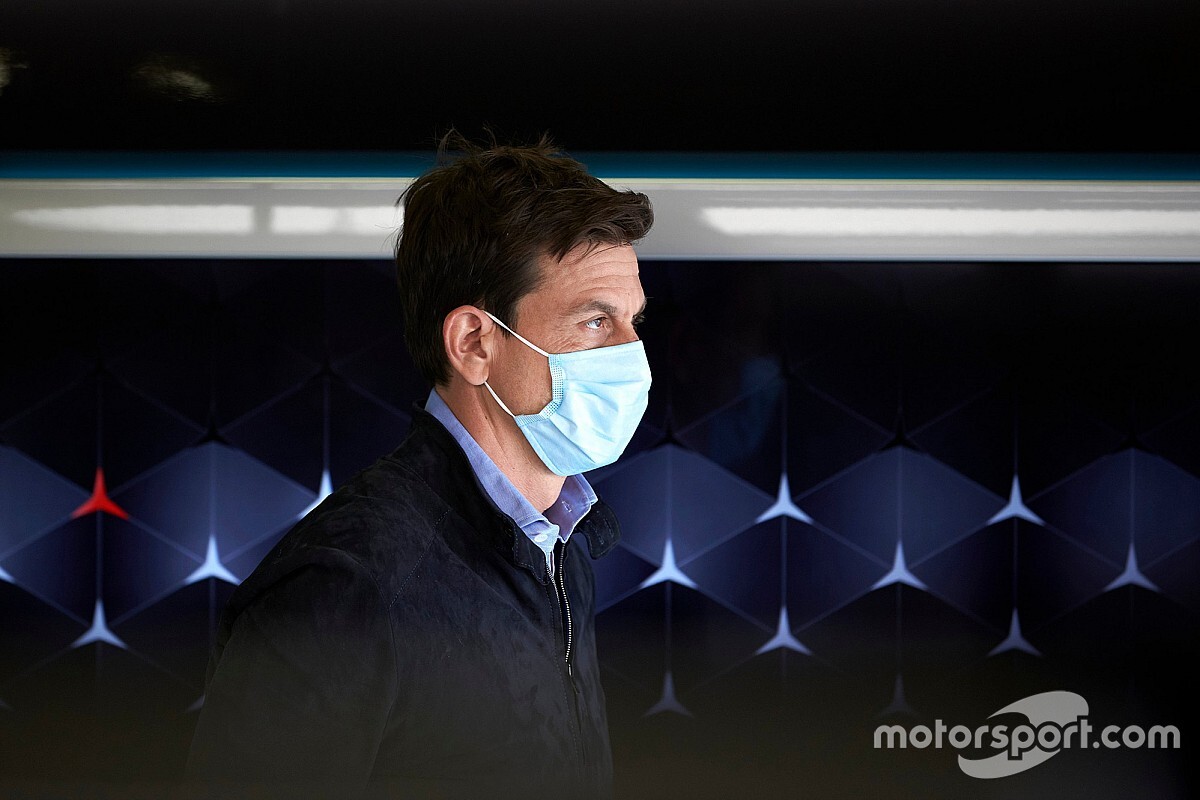 Mercedes boss Toto Wolff has urged Red Bull to be "sensitive" to the dangers of overshadowing Formula 1's season opener in Austria ahead of a potential protest against his team's DAS (Dual Axis Steering) System.

With Red Bull poised to seek clarification about the legality of the innovative Mercedes device, which could go as far as a formal protest, Wolff is mindful about the risk of F1's first race back getting bogged down on Sunday night.

Asked if he was worried that what should be a celebration of F1's comeback could turn sour, Wolff said: "All teams are pretty much aware that we are in a sensitive situation with going racing.

"It's the first race, and I think on one side, it's fair enough to seek clarification, [but] on the other side we are aware that we don't want to end up with a big debate on Sunday.

"I think Christian [Horner, Red Bull boss] is going to take the right actions. Controversy and different judgement on engineering innovation has always been a part of Formula 1, and this is what's to be be expected in a way and it's part of the risk."

Red Bull had indicated before the original season opener in Australia that it would protest the DAS system, which allows Mercedes drivers Lewis Hamilton and Valtteri Bottas to adjust the toe angle of their front wheels through pushing and pulling the steering wheel.

Horner said on Friday that questions his team had on the legality of the device had not been fully answered yet.

"It's a very clever system," he explained. "All credit to the ingenuity behind it, but I think the fundamental question for us is, you know, does it comply with the regulations in what is a fundamentally grey area?

"Obviously we do want clarity on it, because it does have an impact regarding the rest of this year. It's something that's been outlawed for next year. But the question is, is it right for this year? So these are the questions that we'll be asking of the FIA through the necessary channels."

Wolff added that Mercedes felt comfortable with the legality of DAS and was ready to fight its corner if there was a formal protest.

"I respect Christian's position," he said. "Clarification is always good. We think we are on the right side. There was a lot of talking and exchange with the FIA.

"That is the reason why we have it on the car, so we will both bring our arguments forward and then let's see."